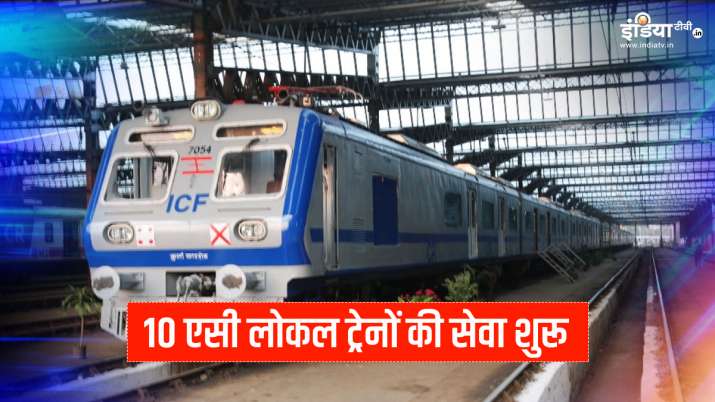 
Mumbai. Due to coronavirus, the railway is still unable to function to its full potential. However, the rapidly improving conditions are constantly being monitored by the railway authorities and they are gradually starting train services after discussions with various state governments. Now Central Railway has started AC Local Train Services on Shivaji Maharaj Terminus (CST) – Kalyan (Kalyan) section of Mumbai (Mumbai) from Thursday. A Central Railway official said that for the first time, instead of the traditional train service on the main line, 10 AC local trains have been started.

He said that it has been started on the basis of ‘experiment’ and it is expected to get enthusiastic response. The main line of the Central Railway connects Chhatrapati Shivaji Maharaj Terminus (CSMT) in south Mumbai to Kasara (in nearby Thane) and Khopoli (Raigad).

Read- Aadhaar Card Update: Changes to be made in Aadhaar Card, know how much will be charged

Read- Vedic Paint: In this way farmers will be able to make extra income of ₹ 55000, Nitin Gadkari gave information