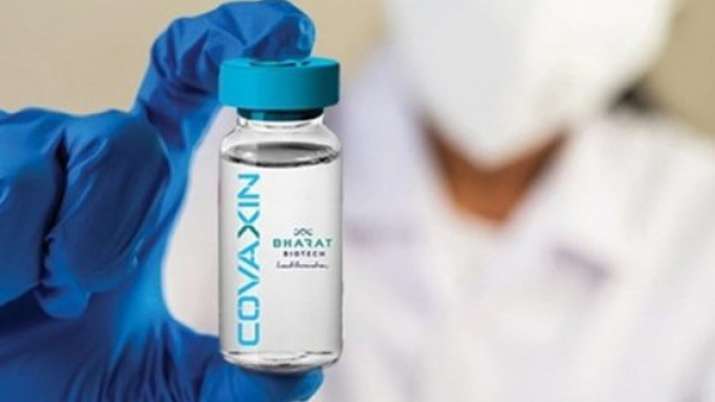 
New Delhi. Interim results of the first stage clinical trial of the indigenous Kovid-19 vaccine ‘Kovaxin’ developed by Bharat Biotech in collaboration with the Indian Council of Medical Research (ICMR) showed no serious or adverse effects on all age groups. . According to the results provided on the portal ‘MedRXIV’, the vaccine worked to prepare antibodies. It was publicly put on the ‘MedRxIV’ portal before subject experts formally evaluated the research report.

According to the findings, an incident of serious effect was found, which was not found to be associated with vaccination. The first phase of clinical trials was carried out to assess the safety and effectiveness of covaxine (BBV 152). The document states that BBV 152 was kept at a temperature between two degrees Celsius to eight degrees Celsius. Different vaccines are maintained at the same temperature under the National Immunization Program.

Clinical trial and safety of the inactivated SARS Cove-2 vaccine BBV152, according to “Phase One”, showed mild or moderate effects in some participants after the first vaccination and was promptly corrected. There was no need to give any kind of medicine for this. The same trend was observed after the second dose. According to the result, “a serious case of adverse effect came to light”. The participant was given a vaccine dose on 30 July. Five days later the symptoms of Kovid-19 were found in the participant and he was found infected with SARS-Cove 2.

It says, “These were mild symptoms but the patient was admitted to the hospital on 15 August. The participant was discharged from the hospital on August 22 after the nucleic acid results were negative. The case was not linked to the vaccine. ”In 11 hospitals at different locations, 375 volunteers were included in the trial.

According to the news agency ANI, the trial found that the immunity of the participant increased after giving the vaccine and there was no negative effect. The company stated that the vaccine triggered neutralizing antibodies (a type of immune response) and that all types of dose groups had good reactions and no adverse effects on the vaccine.

The first phase clinical trial of this biotech vaccine of Bharat Biotech ended in September itself, the results of which have now been made public. The country has high expectations with this indigenous vaccine Covaxin. The company said that after the first vaccination, the adverse effects were mild or moderate and also healed rapidly without any prescribed medication. The most common adverse effect was at the injection site, which cured itself.

Dr. Sanjay Rai, the principal investigator of the trial of ‘Covaxine’ at AIIMS and Professor of the Center for Community Medicine, says that any immunization can cause adverse effects or side effects in the body. Some adverse events cause mild symptoms such as fever, pain, while some may also have severe effects such as toxic shock syndrome or anaphylactic (rapid) shock. This means that the response to vaccination is not unexpected. He said that such problems can occur even after the introduction of ‘covicin’. For this, we should be prepared in advance. Arrangements are being made where the vaccine is to be given. The government guidelines also provide that if government facilities are not good at some place, then the private sector can be worked together.

Let us know that Prime Minister Narendra Modi took stock of the India Biotech vaccine. A few days ago, Prime Minister Modi received information about Covaxin from scientists and senior officials of the company. After an hour-long visit, PM Modi tweeted that India Biotech Company in Hyderabad got information about the indigenous vaccine of corona virus. Congratulations to the scientists for progress in the trials conducted so far. Covaxin is among three vaccines that have been applied to the government for emergency use.