There is no such person born yet who can buy Owaisi. 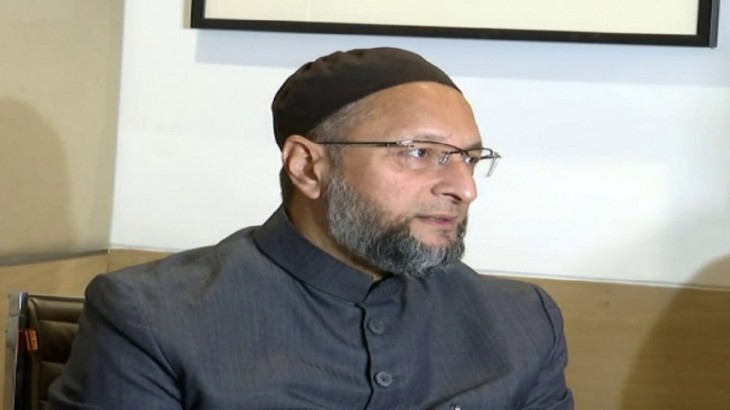 West Bengal Chief Minister Mamata Banerjee herself came under the target of AIMIM to surround the Bharatiya Janata Party. In Jalpaiguri, Mamata Banerjee accused the BJP of spending crores of rupees on Asaduddin Owaisi’s party to polarize communalism in Bengal elections. In response to this, Owaisi said that no such person was born yet, who could buy Owaisi. He said that Mamta Banerjee has not yet encountered a true Muslim. There is a stampede in Mamta’s party and she is blaming others.

Mamta handle the stampede in her own party
Owaisi has launched the biggest attack on Mamata Banerjee on AIMIM chief for contesting elections in Bengal by taking money from BJP. He said that Mamta Banerjee has just faced the Mirzafar type of Muslims. He has not been raised by any true Muslim. Now they will understand what a true Muslim is. There is a stampede in Mamta’s party itself. She is unable to handle her people. He said that in 2019 we did not contest the Lok Sabha elections in Bengal, even then BJP won 17 Lok Sabha seats in Bengal, so why is Mamata blaming us now? Their allegations are baseless and utter nonsense. He has insulted the voters of Bihar by saying this.

Also read: New political equations being formed in UP, meeting between Owaisi and Rajbhar

Mamta accused in Jalpaiguri
It is worth noting that in Jalpaiguri, West Bengal Chief Minister Mamata Banerjee accused the BJP of trying to bring Asaduddin Owaisi’s party AIMIM to Bengal to increase communal polarization and divide Hindu-Muslim votes among them. The All India Majlis-e-Ittehadul Muslimeen (AIMIM), after performing well in the Bihar Assembly elections, announced that it would also contest the next year’s Bengal elections. In Bihar elections, AIMIM won five seats in the Muslim-dominated Seemanchal area bordering West Bengal.

Elections in Bengal to be held in April-May
Addressing a rally here on Onasi’s Bengal election, he said, “The BJP is spending crores of rupees to bring a Hyderabad party here to divide Muslim votes.” The plan is that Hindu votes will go to the BJP’s court and Muslim votes will get to this party in Hyderabad. He said, ‘He did the same in the recent Bihar elections. This party is the B-team of the BJP. Significantly, elections are to be held in April-May next year for the 294-member assembly of West Bengal.