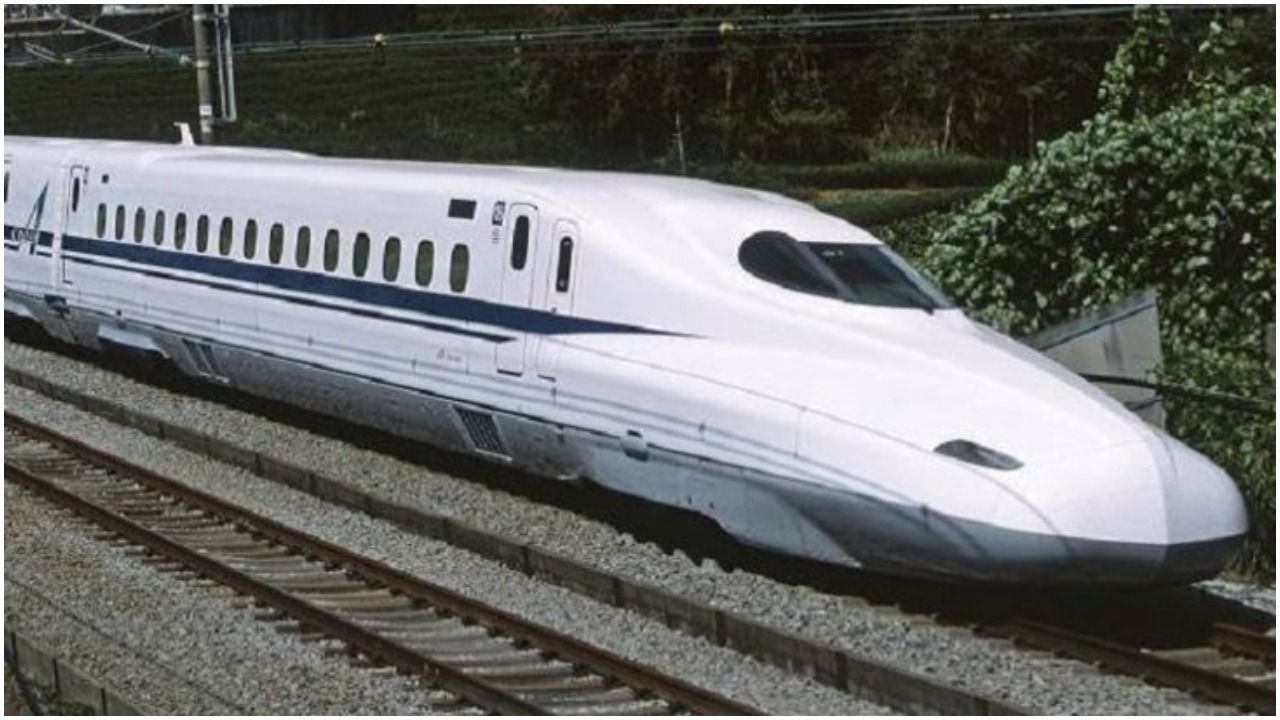 Bullet trains will run from Delhi to Banaras, these religious cities will be added, survey will start from today

Varanasi, the parliamentary constituency of Prime Minister Narendra Modi, is going to get a new gift. The capital of the country Delhi and Dharm Nagi Kashi will soon get the gift of high speed train i.e. bullet train. For this, the survey work is also going to start from today to build a high speed corridor between Delhi and Varanasi. There are plans to connect 4 religious cities of UP with this corridor. There is a plan to include Kanha’s city of Mathura, Ayodhya, the birthplace of Lord Rama, the pilgrimage Prayagraj and the city of Dharma, in this corridor.

Also read: Kamal Haasan asked PM, when half of India is hungry, then why new parliament building?

According to CPRO Ajit Kumar Singh of North Central Railway, the National High Speed ​​Rail Corporation has issued a press release informing to start survey for 865 km high speed corridor from Delhi from 13 December (today). Lidar technology is being used to survey this corridor. In which a survey will be conducted for the construction of corridors with helicopters and state-of-the-art equipment. With this, the survey to be completed in several months will be completed soon. In 10 to 12 weeks from the start of the survey, the survey will be completed and submitted. After which the detail project report will be prepared.

3 big cities expected to be added

Kanpur, Lucknow and Prayagraj cities are expected to be added in the high speed corridor to be built between Delhi to Varanasi. Due to the formation of dedicated codidor for the proposed bullet train on the Varanasi-New Delhi route, the bullet train will run at a speed of 300 kmph. At the same time, the journey from Varanasi to New Delhi will be decided in just two and a half hours to three hours. With the construction of this corridor, where tourism will get a boost in the state. At the same time, industrial development will also gain more speed with the arrival of high speed train i.e. bullet train. Entrepreneurs are also welcoming the decision to run a high speed train, that is, a bullet train between Delhi and Varanasi, the capital of the country.

Earlier, PM Modi’s parliamentary constituency Varanasi got the gift of Vande Bharat, a semi-high speed train based entirely on indigenous technology, on 17 February 2019. Due to which, the journey from Varanasi to Delhi via Prayagraj is completed in about eight hours. The average speed of this train in North Central Railway is 104 km per hour, which is the best speed in Indian Railways. Its coaches have been specially prepared at the Integrated Coach Factory, Chennai. Alternate coaches of this train without engines are equipped with motors. Due to which the train has the ability to pick up speed and stop fast. This train travels from Varanasi to Delhi in the shortest time in 8 hours. While this train reaches Allahabad from New Delhi in six hours and eight minutes. At the same time, Rajdhani train also takes more time and travels in 6 hours 42 minutes.

Bullet train will pass through Ayodhya

There is a plan to run a bullet train from Delhi to Varanasi. The bullet train will pass through Ayodhya. The distance from Ayodhya to Delhi is about 700 km. Right now it takes about 10 hours to get from Delhi to Ayodhya by train. But this distance from bullet train can be covered in less than two and a half hours. If a bullet train is connected to Ayodhya, then with the construction of the temple, the development of Ayodhya will take place. After the temple is built in Ayodhya, there will be a huge increase in the number of devotees visiting here. In such a situation, connecting Ayodhya with bullet train is a big step.

Bullet train for Ayodhya like icing on the cake

The people of Ayodhya say that if the Ayodhya bullet train comes, then the development of Ayodhya will be faster. As the confidence of investors increases, the number of devotees will increase in Ayodhya. Which will give a further boost to religious tourism in Ayodhya. Vedic city is to be built in Chuo Ayodhya, if it is added by bullet train then it will be icing on the cake. Since construction of a world-class railway station is also being done at a cost of 100 crores in Ayodhya, the construction work of the first phase will be completed in 2021. Ayodhya’s new railway station equipped with all the facilities can prove to be sufficient for a bullet train. Overall if Ayodhya is linked with bullet train then it will be a big achievement.

The dedicated fast corridor is an ambitious plan of Prime Minister Narendra Modi. Work is going on in Delhi Mumbai, Delhi Kolkata, Ahmedabad Mumbai tracks. After Mumbai Ahmedabad Highspeed Corridor, work is now being started on Delhi Banaras Highspeed Corridor. The work of making its DPR detailed project report has been started. In this corridor, there is a proposal to run bullet train to Delhi Ayodhya, Mathura, Allahabad, Banaras.
This corridor is also important in this context because it will also include Ayodhya, the birthplace of Lord Rama, Mathura and Sri Sangam site Allahabad (Prayagraj). Foreign tourists come very much on this route and this will benefit both the Railways and the state government in a lot of revenue. So far, the distance from Delhi to Banaras is completed in 10 hours by normal train, in 8 hours from Vande India and with the arrival of bullet train, passengers will be able to reach Banaras from Delhi in 3 hours.

Survey will be done through LIDAR technology

The work of making DPR for the corridor has started. The survey work is also starting from today. It will be surveyed using LIDAR technology. For this, a helicopter equipped with a laser beam will be used. Light detection and coloring techniques require accurate data about the proposed track and its surroundings. This technique was used for ground survey of Mumbai-Ahmedabad bullet train. LIDAR technology is used for short time survey and accurate data. The survey completed through this technique will be done in 3-4 months. Keeping in view the weather, this work will be done in several phases, the Ministry of Defense has also given permission for survey by helicopter. The station names are not yet fixed for the 800 km high speed corridor.