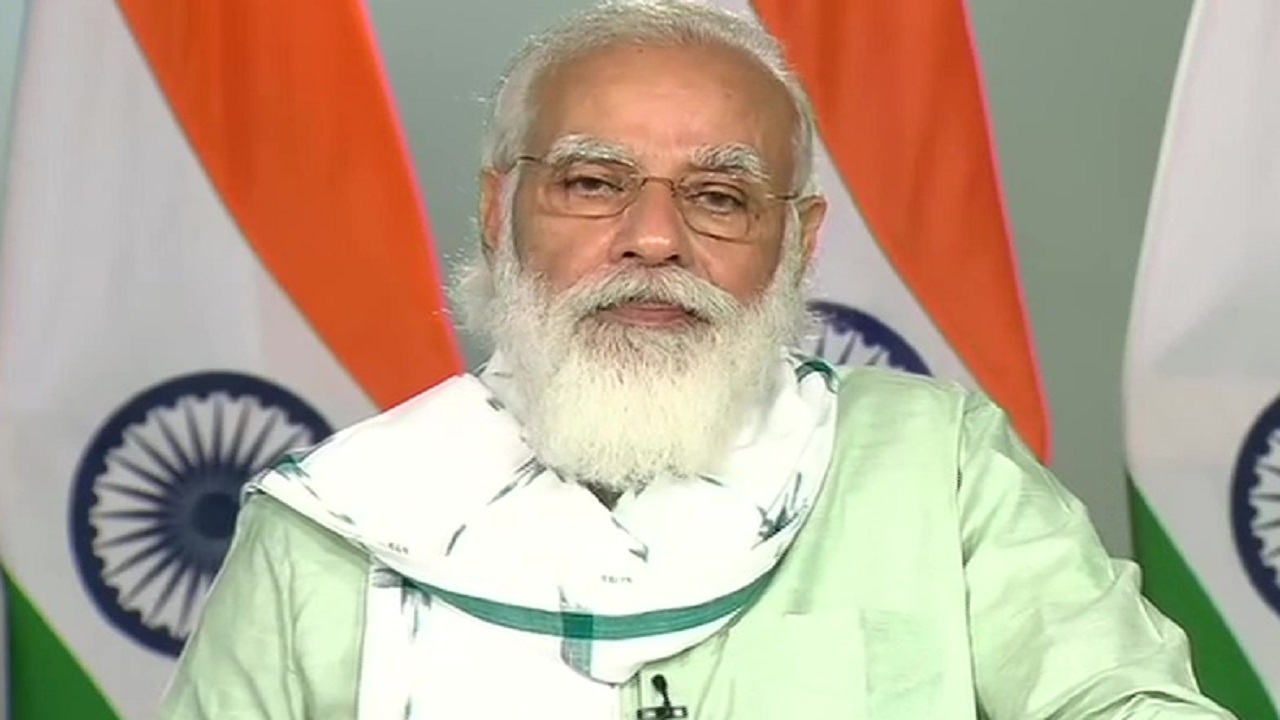 Prime Minister Narendra Modi made a tweet this morning, referring to the press conference held by the Agriculture Minister on the issue of farmer movement on Thursday. In a tweet, PM Modi has appealed to people to listen to him. The Prime Minister wrote in a tweet, ‘My two cabinet colleagues, Narendra Singh Tomar ji and Piyush Goyal ji have talked in detail about the new agricultural laws and the demands of the farmers. Definitely listen to this.

My two cabinet colleagues, Narendra Singh Tomar ji and Piyush Goyal ji have talked in detail about the new agricultural laws and the demands of the farmers. Must listen to ithttps://t.co/B9GwPf5i3K

In a press conference on Thursday, Union Agriculture Minister Narendra Singh Tomar explained the government’s stance on agricultural laws in detail. Addressing reporters with Food, Railways and Commerce Minister Piyush Goyal, Tomar said that he is still hopeful of finding solutions through dialogue. The Agriculture Minister said, ‘The government is willing and willing to hold further talks with the farmers .. To address their fears, we have sent our proposals to the farmer unions. We appeal to them to decide the date of talks as soon as possible, if they have any issue, then the government is ready to talk to them on that.

Narendra Singh Tomar said that when the negotiations are going on, instead of announcing the next phase of the agitation, the farmers organizations should sit at the negotiating table. He said, ‘We made our proposals to the farmers after meeting them and that is why we urge them to consider them. If they want to discuss those proposals as well, then we are ready for that too. Asked if any other powers are present behind the protest, Tomar did not give any direct answer to this question and said, ‘The eyes of the media are sharp and we leave it to them to find out.’

In the context of the same question, Union Minister Piyush Goyal said, “To find out, the press has to use its investigative ability and efficiency.” He said, ‘We believe that farmers have some issues. We respect the farmers and they discussed with us. We tried to address the issues that came up during the discussion. If there are any other issues regarding the current proposal which need to be discussed or need clarification, then we are ready for that also.

On the other hand, after the press conference of the ministers, on Thursday, the farmer leaders threatened that the railway tracks would also be blocked if the government does not repeal its three laws. Regarding the government’s three new agricultural laws, the farmers claim that the purpose of these laws is to benefit the corporate houses by weakening the mandi system and minimum support price (MSP) system for the purchase of agricultural produce.