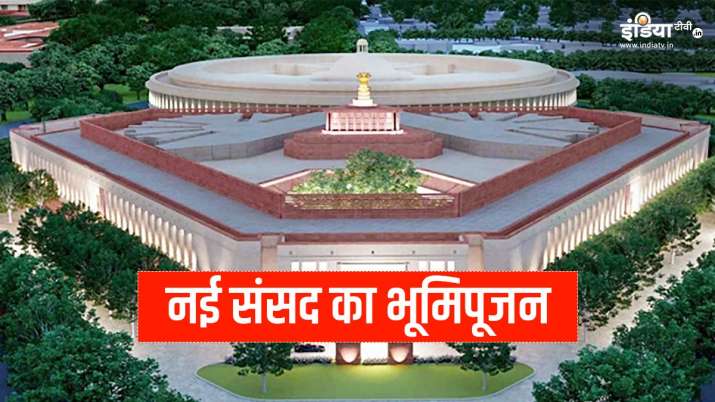 A release issued by the Lok Sabha Secretariat stated that the design of the new Parliament House has been designed by M / s HCP Design and Management Pvt Ltd of Ahmedabad and will be constructed by Tata Projects Limited. The new building will be equipped with all modern audio-visual communication facilities and data network systems. Special attention is being paid to ensure that there is minimal disruption in the holding of Parliament sessions during the construction work and all environmental safeguards are followed.

The new building will be equipped with security facilities
The new triangular shaped building adjacent to the existing Parliament House will be equipped with security facilities. The new Lok Sabha will be three times larger than the existing size and the size of Rajya Sabha has also been increased. The design of the new building will have a rich mix of Indian culture, regional art, craftsmanship and diversity of architecture. The Central Constitutional Gallery has been given place in the design scheme. Common people will be able to see it.

Use of green technology in manufacturing
Green technology will be used in the construction of new Parliament House and environment friendly working style will be promoted. This will create new employment opportunities and open doors for economic revival. It will have high-quality sound and audio-visual facilities, comfortable seating, effective and inclusive emergency evacuation. The building will comply with the highest structural safety standards, including adhering to the requirements of seismic zone 5 and is designed to be easy to maintain and operate. According to the Lok Sabha Secretariat, the new Parliament House will be a symbol of India’s democracy and the pride of the Indian people, which will not only reveal the glorious history of the country but also its unity and diversity.

The existing Parliament building is spread over six acres
The present Parliament House was constructed under the supervision of renowned architects Sir Edwin Lutyens and Sir Herbert Baker. Its foundation stone was laid on 12 February 1921 by The Duke of Connaught. The building was inaugurated on 18 January 1927 by Lord Irwin, the then Viceroy of India. The present Parliament House is a large circular building with a diameter of 560 feet. Its circumference is one-third of a mile and its area is about six acres. On the edge of the open verandah of its first floor, 144 columns of cream-colored sandstone are situated, which are 27 feet in height. These pillars give a unique charm and dignity to this building. The entire parliament building is surrounded by a decorative wall of red sandstone with iron gates. Altogether there are 12 gates in this building. The construction of the present Parliament House was completed in six years and the construction cost Rs 83 lakh. The first meeting of the Central Legislative Assembly was held on 19 January 1927 in the Parliament House.