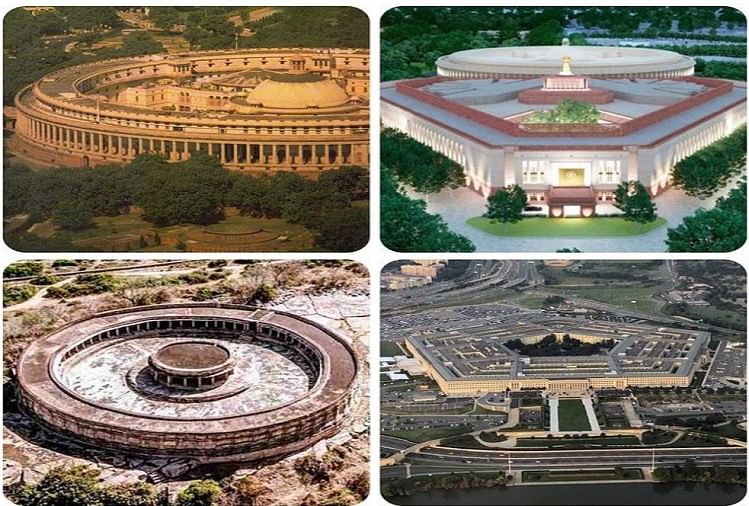 Well, the existing Parliament building built by the Brits bears a remarkable similarity to the Chausath Yogini Temple in Morena in Madhya Pradesh, while the new ‘atmanirbhar’ Parliament building bears an eerie likeness to the Pentagon in Washington DC. pic.twitter.com/Hy2u6fzlms

Parliament House gets a lot from the temple