The new agricultural laws are being viewed by the parties and the opposition from their own perspective.

The new agricultural laws are being viewed by the parties and the opposition from their own perspective.


There has been a rage all over the country regarding new agricultural laws. The farmers are agitated. If the opposition is giving it air, the government is describing these laws as milestones. Like politicians, experts are also torn apart by this. 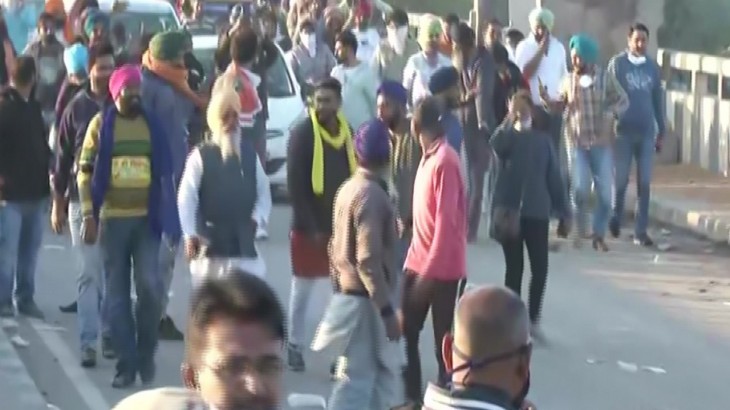 There has been a rage all over the country regarding new agricultural laws. The farmers are agitated. If the opposition is giving it air, the government is describing these laws as milestones. Like politicians, experts are also torn apart by this. The law and the opposition are seeing this law through their respective glasses. Agricultural expert Dr. RC who has worked in many countries outside. Choudhary said that MSP (Minimum Support Price) should be fully implemented. He told that there is also MSP in America, but whatever marketable surplus is on it, the government buys it. There the government wants to sell the farmer at a price, the government buys and stores it, even if it is sold at a loss. The farmer gets the benefit of MSP there. Punjab, Haryana has procured at the rate of 70 to 80 percent MSP in the last year. But procurement was done at 10 percent in UP and 8 percent MSP in Bihar. Must not purchase less than MSP. Both the rules of government are very good.

He said that the contract is not a farm but a farmer. If this law comes into force, it will be beneficial for the farmers. In this, the guarantee of MSP should be given in writing. This will give a boost to the mandis. Opposition parties are directing their owl by provoking the government. On the other hand, Ramsaran Verma, a progressive farmer from Barabanki who received the Padma Shri award, said that the implementation of the new law will benefit the farmers. Farmers will get open markets. MSP will also be available. You will also get the desired rate for your crop. It should be seen some day. Whether purchase is being made on MSP. Two avenues have been opened for the farmers. You can also sell your product outside with Mandi.

Former Planning Commission member Sudhir Pawar is considering the new agricultural laws as harmful for the farmers. He said that the biggest serpent of farmers is MSP. The second is his right to land. Farmers are going to face a lot of problems with this. The transparent system will go to a person. The farmer will be enslaved by contracting the land. The farmer will work in his field. The government has long wanted the private sector to invest in farming. It is not going to benefit. There is a transparent way to fix the price in the market. There are many such problems.

State Vice President of the Indian Farmers Union, Harnam Singh Verma said that the Minimum Support Price (MSP) Guarantee Act should be made. If shopping is done under MSP, then it should be brought under the purview of crime. In contract farming, if the farmer breaks this agreement for any reason, he is sentenced to 10 years. It should be finished. Storage capacity should be taken hostage. It should be fixed. This law will result in complete loss. Major middlemen are being prepared by the government. This movement is being done to protect farmers from harm. Not seeking support from any political party.

Agriculture expert Girish Pandey says that most of those who protest do not know about this law. This law is a boon for progressive farmers. If the three laws are properly governed, the future of the farmers will be golden. There is no doubt in Prime Minister Narendra Modi and Chief Minister Yogi Adityanath’s commitment to farmers. Many schemes ranging from Prime Minister Kisan Samman are proof of this. Uttar Pradesh Agriculture Minister Surya Pratap Shahi said that the Agrarian Reform Act is only in the interest of farmers. These reforms are going to change the picture and destiny of farmers. The ship of politics of the opposition parties is sinking, so the farmers are engaged in confusing the interests of their interests.