This plan is spread over a three-kilometer radius from Lutyens Delhi to Rashtrapati Bhavan to India Gate. 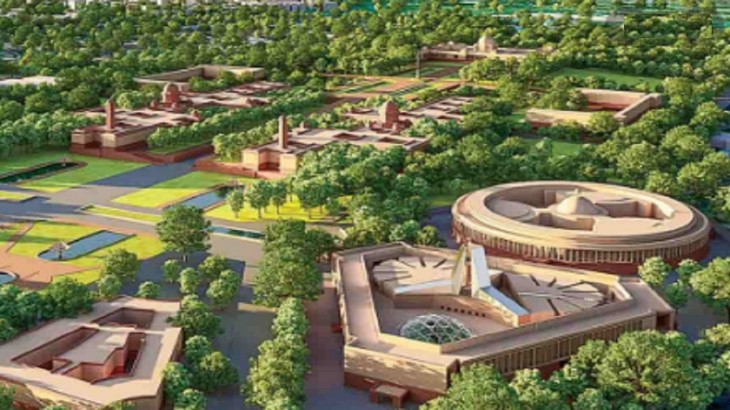 The Center on Monday approved to hold the program to lay the foundation stone after the Supreme Court assured the government not to do any work like construction work or demolition of buildings till a decision on pending petitions opposing the government’s ‘Central Vista Project’ Gave Solicitor General Tushar Mehta, Justice A. A bench headed by M. Khanwilkar said that only the foundation stone laying program would be done, there would be no construction work, such as demolishing buildings or cutting down trees.

Petitions have been filed in the Supreme Court against various clearances including land use changes. All these are still pending in the apex court. In the hearing on Monday in the case through video conference, the bench gave five minutes to Mehta to inform the government’s views on the construction of the project. The Supreme Court had completed the hearing on the petitions in which questions have been raised on the Centre’s ambitious ‘Central Vista’ project. This plan is spread over a three-kilometer radius from Lutyens Delhi to Rashtrapati Bhavan to India Gate.

Solicitor General Tushar Mehta had earlier argued in the apex court that the project would save the money, which is paid for renting houses for central government ministries in the national capital. Mehta also said that the decision of the new Parliament House was not taken in a hurry and there was no violation of any rule or law for the project in any way. The Center also said that there was no arbitrariness or partiality in selecting the consultant for the project and the project could not be canceled on the basis of the plea that the government could have adopted a better process for it.

Also read: India closed: know who will get exemption and what will be closed

The project was announced in September last year, in which a new triangular parliament building is to be constructed. It will have a seating capacity of 900 to 1200 MPs. Its construction is aimed at August 2022, when the country will celebrate the 75th anniversary of independence. The Common Central Secretariat is expected to be built by 2024. Lok Sabha Speaker Om Birla said on December 5 that Prime Minister Narendra Modi will lay the foundation stone of the new Parliament House on December 10. Its construction work is expected to be completed by 2022, which can cost Rs 971 crore.

Gujarat-based architecture company ‘HCP Designs’ has won the consultancy bid for the project for the redevelopment of ‘Central Vista’. The court was hearing several petitions on the issue, out of which a petition activist Rajiv Suri has filed the project against various clearances including land use change.