Bill to be brought against Love Jihad next season says Yeddyurappa

Bill to be brought against Love Jihad next season says Yeddyurappa 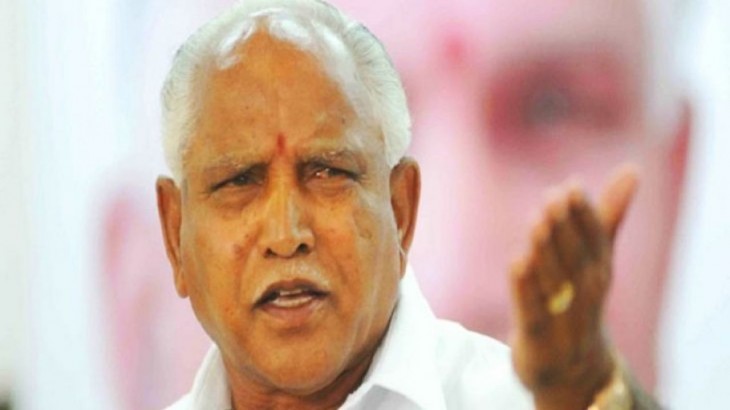 The Karnataka government on Monday clarified that the current anti-cow slaughter bill will be brought in the current winter session of the state assembly, while the bill against ‘Love Jihad’ will be brought in the next session. Chief Minister BS Yeddyurappa said, “We introduced the anti-cow slaughter bill earlier (last term), but it was not approved.”

He said, “I have asked the Law Minister to present it once again. It will be brought tomorrow or day after tomorrow and we will get it passed. “Talking to reporters in Sagra, he said,” Love jihad, we will think about it in the next session of the assembly. We will not present it in this session. We will bring the anti-cow slaughter bill in this session.

Karnataka Revenue Minister R Ashok also said that the bill against cow slaughter will be introduced in this session of the state assembly, while the bill against ‘Love Jihad’ will be brought in the next session. Ashok told reporters here, “Farmers worship cow like God … Cow has special place in Indian culture. We are bringing this law in Karnataka to stop killing cows. ”

He said, “No bill on Love Jihad will be introduced in this session … We will eliminate Love Jihad in the next session.” A team of officials led by Animal Husbandry Minister Prabhu Chavan recently in Uttar Pradesh and Gujarat Had visited, where the anti-cow slaughter law has been implemented, so that the bill can be strengthened and the implementation of the law can be studied.

Karnataka Home Minister Basavaraj Bommai said on Thursday that a law against Love Jihad will be implemented in the state and officials have been directed to gather information about the ordinance issued in Uttar Pradesh in this regard. It is noteworthy that Uttar Pradesh has recently issued an ordinance against forcible or fake conversions, which provides for imprisonment of up to 10 years and a fine of up to Rs 50,000.

The term Love Jihad is used by the right-wing activists for alleged incidents whereby a Hindu girl is converted to Islam on the pretext of a love affair. Meanwhile, Leader of Opposition in Karnataka Assembly Siddaramaiah has said that if the government tries to bring a law against “love jihad” and cow slaughter, the Congress will oppose it.