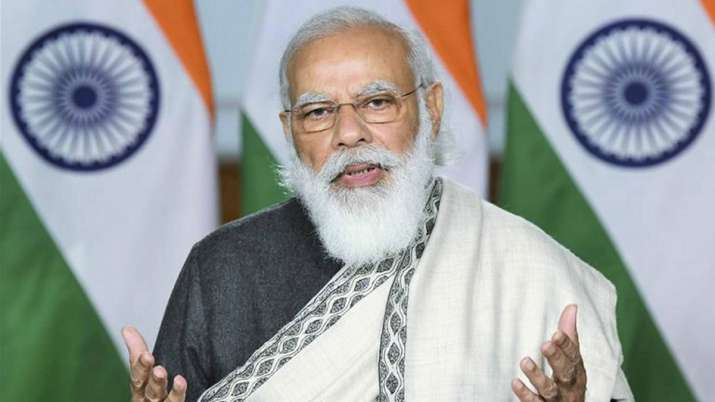 
Lucknow / Agra Prime Minister Narendra Modi will lay the foundation stone for the construction of the first phase of the Agra Metro Rail Project (APRP) through video conferencing on 7 December (Monday). This program will be held at 11.30 am. The event will be attended by many guests including Hardeep Singh Puri, Uttar Pradesh Chief Minister Yogi Adityanath. The Yogi government is going to hand over Metro Rail to the people of Agra. According to the government’s plan, after 2 years, the people of Agra can ride the metro rail. Chief Minister Yogi Adityanath has instructed the officials to complete the first phase of the scheme by December 2022. Yogi Adityanath, who is keeping an eye on the metro project, has issued instructions to UPMRC officials.

To provide smooth traffic to the people of the state, Chief Minister Yogi Adityanath has increased the speed of the metro rail project. There will be two corridors in the Agra metro project. The total length of the metro will be 29.4 km. Taj Mahal, Agra Fort, Sikandra, bus stand and railway station will be connected via metro. This will make the tourists very comfortable. The commencement of this project will benefit 26 lakh local people. Apart from this, 60 lakh tourists who reach Agra every year will also have the facility. In the first phase of the plan, the metro will start operating from Sikandra to Taj East Gate by December 2022. The total cost (including central taxes) of Agra Metro will be Rs 8379.62 crore.

In the first phase, Taj East Gate Corridor will be constructed from Sikandra. First the primary section will be prepared 6 km from Taj East to Jama Masjid. A total of 6 metro stations will be built in this section. In this, Taj East Gate, Basai, Fatehabad Road 3 will be the upstream metro station. Taj Mahal, Agra Fort and Jama Masjid will be underground metro stations. After the barricading is over, the pits will be dug to fill the foundation to erect the pillars on the dividers.

The second corridor will be constructed between Agra Cantt to Kalindi Vihar. The length of this corridor will be 15.4 km and it will have a total of 14 stations. In the second corridor, construction of metro stations at the city’s Agra Cantt, Sadar Bazar, Collectorate, Subhash Park, Agra College, Hariparwat Square, Sanjay Place, MG Road, Sultanganj Crossing, Kamla Nagar, Rambagh, Foundary Nagar, Agra Mandi and Kalindi Vihar Will be done. The contract for the civil construction of the elevated section of the primary section of the Agra Metro Rail project has been awarded to Messrs Sam (India) Builtwell Private Limited.

9.37 hectare land has been selected for the construction of Corridor-1 depot in Agra Metro Rail Project. Out of this, 8.09 hectares of land belongs to PAC 15th duct and 1.28 hectares of Mandalayuk office. The responsibility for the construction of the Agra Metro Rail Project depot has been given to Messrs. Leesha Engineers Private Limited. The metro rail project will benefit more than 26 lakh population of Agra.

UP Metro Managing Director Kumar Keshav says that the Agra Metro will provide an environment-friendly, comfortable and hassle-free means of public transport. Metro will make it easy to travel to world-famous tourist destinations like Taj Mahal and Agra Fort in Agra. Its biggest advantage will be in tourism development. It is a major challenge for our team to construct a metro corridor in the heart of the city within the time frame. We will provide metro within the stipulated time frame by completing it.