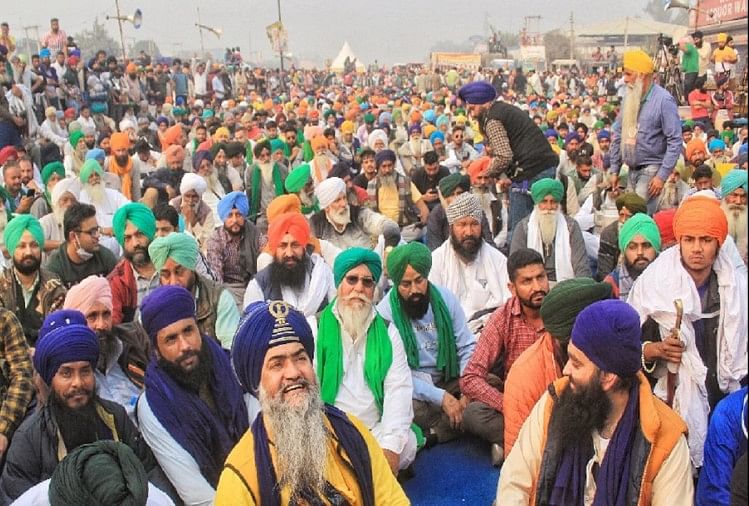 Increasing Pressure from Desperate Meetings It Will Increase the Number of Farmers on Delhi’s Borders – Farmer Movement: Increasing pressure from sporadic meetings, number of farmers will increase on Delhi’s borders

Not only is the pressure on both sides increasing in relation to the endless meetings between the farmers and the government, but the prospects of prolonging this movement are also becoming stronger. Five rounds of meetings have ended, but no consensus has been reached on the demands of the farmers. Neither the farmers nor the government are ready to bow down.

In view of this, now the number of farmers on the borders of Delhi will be further increased on the call of the farmers’ organizations. For this, the leaders of all the agitation organizations have become fully active. After this, many more groups of farmers from other states including Haryana and Punjab have left for Delhi border. These batches are moving towards various borders of Delhi, carrying fuel wood, cylinders, winter essentials, bedding and logistics etc. for several days in the trolleys.

The intention of the farmers associations is now to completely seal the boundaries of Delhi and preparations are being made in this manner. Confirming this, Rashtriya Kisan Mahasangh spokesperson Abhimanyu Kohar said that a large number of farmers from Haryana and Punjab are heading towards Delhi. Farmers in Madhya Pradesh have blocked the Delhi-Agra highway near Palwal in Haryana. Many farmers of Madhya Pradesh have been stopped in Mathura and Kosikalan in Uttar Pradesh, including tractor-trolleys. A large number of farmers will reach Palwal in Haryana by 7 December.

Organizations came out in support of making the bandh
Several organizations have come out in support of farmers to make the December 8 nationwide bandh of farmers fully effective in Haryana. Along with the Sarva Employees Union, the All India Khet Mazdoor Union, CITU, SKS and the Retired Employees Union have also given open support to the peasant movement. According to leaders Jarnail Singh, Master Rampal, Shiv Dutt, Ramkumar, CITU leader Jayaprakash Shastri, Retired Employees Union leaders Ashok Sharma, Dhoop Singh, Vikram Khedi, comrades Prem Chand, Rekha and Meena, their organizations stand with the farmers and date eight The bandh will also be made fully effective in the state.

Rail traffic will be affected again, railway alert
After the fifth round meeting is also inconclusive, the prospects of further intensification of the farmer movement have become stronger. Railway administration has become cautious about this. Due to this, now rail traffic will be affected again. In view of the current situation of the movement, the Railways has decided to cancel, divert and shorten some trains going through Punjab and Haryana to various states of the country. Saharsa-Amritsar Express (6 December) and Amritsar-Saharsa (7 December) will remain canceled. Similarly, six trains will be short terminated and routes of four trains have been changed.

Ordered food from anchor, ate a meeting on the floor
Farmers’ organizations are still adopting several peaceful methods of protest in Delhi. In this episode, when the talks were going on between the farmer leaders and the government in Vigyan Bhawan on Saturday, many farmer leaders of Haryana and Punjab boycotted the banquet there in the afternoon. These farmer leaders asked for food from the peasants’ langars at the picket site and ate on the floor of Vigyan Bhavan as a protest. These farmers say that they will not accept government food till the government agrees to take positive steps on their demands.