Describing the spectacular performance of the Greater Hyderabad Municipal Corporation (GHMC) as a “moral victory”, the BJP on Friday said that it has emerged as the ‘only option’ of the ruling TRS in Telangana. 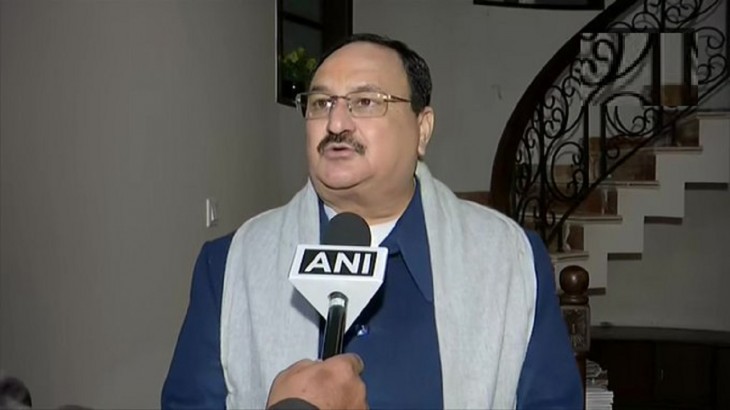 Describing the spectacular performance of the Greater Hyderabad Municipal Corporation (GHMC) as a “moral victory”, the BJP on Friday said that it has emerged as the ‘only option’ of the ruling TRS in Telangana. BJP leaders praised the party’s performance which has won 48 seats. Union Home Minister Amit Shah thanked the people for expressing confidence in Prime Minister Narendra Modi’s “politics of development”. BJP president JP Nadda described the results as “historic” for the saffron party and claimed that it shows that the country only supports the “development agenda”.

JP Nadda said that the results show support for Prime Minister Narendra Modi’s model of development and administration. Shah, who campaigned in the elections, tweeted, “Thanks to the people of Telangana who expressed confidence in the politics of development of Prime Minister Narendra Modi.” Congratulations to JP Nadda, Bundi Sanjay for the great performance in GHMC. I appreciate the hard work of Telangana BJP workers. ”

Stating that the party’s performance in the Greater Hyderabad Municipal Corporation (GHMC) election was a “moral victory”, BJP general secretary Bhupendra Yadav said on Friday that the saffron party has emerged as the “only option” of TRS in Telangana. Bhupendra said that BJP’s performance has confirmed that it is replacing Congress as the main challenger to TRS. The saffron party won four seats in the state in the 2019 Lok Sabha elections and then defeated the ruling party in the Dubbka assembly by-election.

Bhupendra, who was appointed in-charge for local elections in Hyderabad, said, “The (election) results are very encouraging, boosting the morale of the BJP and in a way it is a moral victory for the party.” The (election) result shows that Prime Minister Narendra Modi’s leadership and his model of good governance have acceptance in all areas. ”

Asked how he views the local election results in the context of the Telangana assembly elections due in 2022, he said, “The BJP has emerged as the only alternative to the ruling TRS in the state and its main rival.” He said that the party’s performance also shows that the people have given their mandate against the politics of dynasty and against the corruption of TRS. On behalf of the BJP, Union Home Minister Amit Shah, party president JP Nadda and Uttar Pradesh Chief Minister Yogi Adityanath also campaigned.