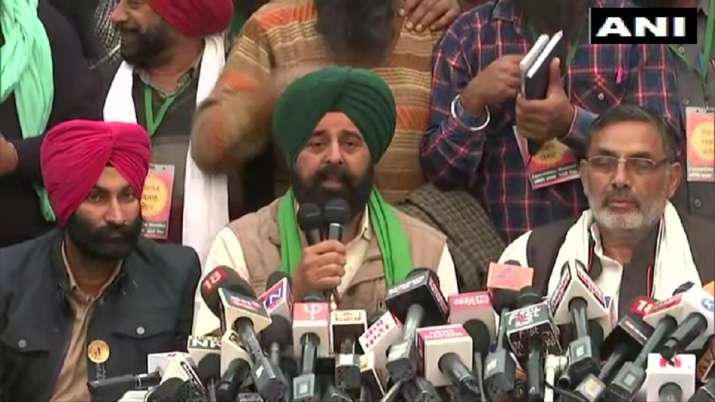 
new Delhi. Today is the 9th day of the agitation of farmers against the new agricultural laws of the central government on Friday (December 4). The farmers do not seem to be ready to bow down to their demands in any way amid the ongoing negotiations with the government on the new agricultural laws. Farmers’ organizations standing along the Indus border connecting Delhi-Haryana, while giving a press conference on Friday evening, said that if the government did not agree to their demands, then on 5 December i.e. tomorrow, on Saturday, PM Modi will burn effigies across the country and on 8 December, the Bharat Bandh Will be called.

Let us tell you that on December 5 (Saturday), the fifth round of talks between the leaders of the government and farmers organizations will be held at 2 pm at Vigyan Bhawan in New Delhi. Farmers’ organizations said in a joint press conference that we want to remove the law, while the government is ready to change the laws. We are also ready to enact a law on MSP, but we will take power only by returning the law. He also said that some decisions have been taken by consensus. India will close on 8 December. Significantly, a petition has been filed in the Supreme Court against the peasant movement. The petition has demanded the removal of the peasant movement.

The Bharatiya Kisan Union (Lakhowal) General Secretary HS Lakhowal said from the Singhu border that effigies of the Modi government and corporate houses will be burnt across the country on 5 December. All the heroes will return their medals on the 7th. We have called Bharat Bandh on 8th and all toll plazas will be made free for one day. Lakhowal said that yesterday we told the government that agricultural laws should be withdrawn. We have called a Bharat bandh on 8 December.

At the same time, General Secretary of All India Kisan Sabha, Hannan Mollah said that we need to intensify this movement. The government will have to withdraw the agricultural laws. Mollah said that calling it just the Punjab movement is a conspiracy of the government, but today farmers have shown that this movement is happening all over India and will happen even further. We have decided that we will not accept the amendment if the government puts an amendment tomorrow.

Farmers protesting against the three agricultural bills on the Delhi-Ghazipur border warned on Friday that if another decision is not taken in the discussion on another round to be held on Saturday, they will stop supplying more roads and food products in Delhi Will intensify protests. Rakesh Tikait, the farmer leader who stood on the Delhi-Ghazipur border, said that a one-day India bandh has been called on December 8 against all three new agricultural laws.

The petition said that due to the large number of farmers accumulating, there is an increased risk of community spread of corona, so they should be removed immediately. The protesting farmers have closed the road, which has also affected the emergency / medical service. People come to Delhi for treatment in a large government hospital in Delhi, which is having problems. On 26 November, the Delhi Police had given permission to the farmers for a peaceful demonstration in Burari Nirankari Maidan, which was turned down by the farmers.

In view of the peasant movement, Delhi Police has diverted all the routes of traffic. In this, the border border, Jharoda border has been closed for traffic movement. The Badusarai border is open to light vehicles such as cars and two-wheelers. Dhansa, Daurala, Kapashera, Rajokri NH8, Bijwasan, Palam Vihar and Dundahera border are open for Haryana. Apart from this, Singhu and Auchandi Piyau Maniyari and Saboli borders are closed, NH-4 has been closed. Traffic has been diverted from Mundka Mukarba and GT Karnal Road. Police say that you should avoid life on Outer Ring Road, Karnal Road and NH 44.