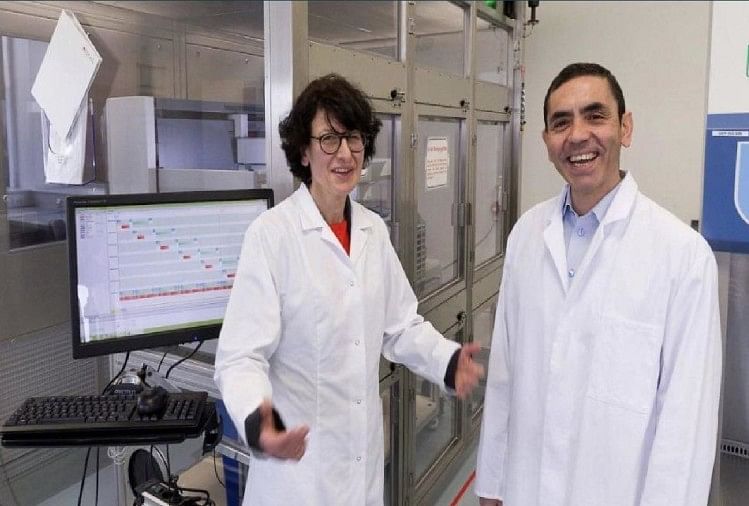 The story began 30 years ago in rural Germany, when two children of Turkish immigrants pledged to invent a new treatment for cancer. Both of them loved each other and were doctors by profession. Let me tell you that it has taken only 10 months to prepare the Pfizer-BioNotech vaccine approved by the UK for use.

The founders of Bioentech started work three decades ago.

The vaccine produced by BioNotech has been developed by the company’s founder Ugur Sahin and the husband and wife team of Ozlem Tours. However, even though the vaccine is ready in 10 months, it was the result of three decades of work, which began long before the corona virus was introduced.

Even before the outbreak of the epidemic, Dr. Sahin had spent years studying mRNAs, genetic instructions that could be given in the body to help protect it from viruses and other threats. In January, when the disease first appeared in Europe. He used this knowledge to design a version of the vaccine on his home computer.

Were doing research for cancer patients
Dr. Sahin was born in 1965 in Iskendran, on the Mediterranean coast of Turkey. He moved to Germany after four years and decided to become a doctor following in his father’s footsteps.

Dr. Sahin and Dr. Tours said that our frustration was for cancer patients, on whom chemotherapy was not working and now they could not get treatment through any other means. The real reason behind this was mRNA.

Dr. Tours told that the two of us met at Homburg University Hospital in 1990. During this time we realized that with standard therapy we quickly come to a point where we have nothing to offer to cancer patients. It was a formal experience.

Research done on treatments based on the immune system
The couple wrote their doctoral dissertations on experimental therapy. At that time Christoph Huber, head of the Department of Hematology and Oncology of the University of Gutenberg in Mayenz and now BioNtech’s non-executive director, persuaded him to join his faculty.

There he began researching new treatments based on the programming of the body’s own immune system to defeat cancer like an infectious disease. By going through this research, today BioNotech has prepared Corona vaccine.