India has termed the remarks of foreign leaders on farmers’ protests as undesirable as it relates to the internal affairs of a democratic country. 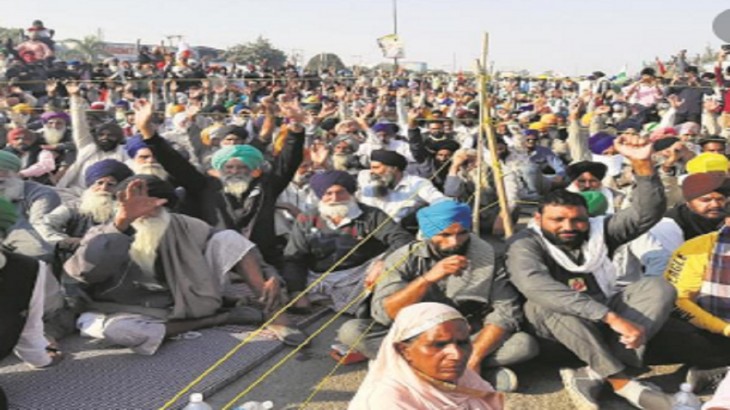 The government termed the support from the farmers movement as being unwanted from abroad. (Photo Credit: News Nation.)

The agitating farmers have started getting support from Indian leaders of many countries in protest against agricultural laws. After Canada, now British Sikh opposition politicians have raised their voice in support of the farmers agitating in India against the new agricultural laws and have called for a peaceful solution as soon as possible. However, India has termed the remarks of foreign leaders on farmers’ protests as unwarranted as it relates to the internal affairs of a democratic country. Some representations of agitated farmers have also come up with the government on the unwanted issue of foreign support.

Issue in the House of Lords
In Britain, many opposition MPs are speaking on the subject on social media and Labor MP Virendra Sharma has called for a solution as soon as possible. Lord Indrajit Singh raised this issue in the House of Lords. After Pem Trudeau of Canada, the Foreign Ministry has also become active in view of the comments of British leaders. Foreign Ministry spokesman Anurag Shrivastava said, ‘We have seen some misinformed comments related to farmers in India. Such comments are unwarranted, especially when the subject relates to the internal affairs of a democratic country.

Also read: Talks between Modi government and farmers today, what will be the result?

Farmer leader called unwanted intervention
In this episode, one of the agitating peasant leaders said that no outsider is allowed to interfere in the internal affairs of India after the Canadian Prime Minister supported the farmers who were opposing the agricultural laws of the Center. At a press conference on the Singhu border near Delhi, Madhya Pradesh’s farmer leader Shiv Kumar Kakaji said that the agitation will continue till the government withdraws all three agricultural laws.

Outsider should not interfere
Asked about Trudeau’s support against farmers, he said that no outsider is allowed to interfere in India’s internal issues. However, he justified the Canadian Prime Minister’s concern for farmers. He said, ‘They are worried about our issues and we welcome it.’ While supporting the agitating farmers in India, Trudeau said that Canada supports peaceful protest.