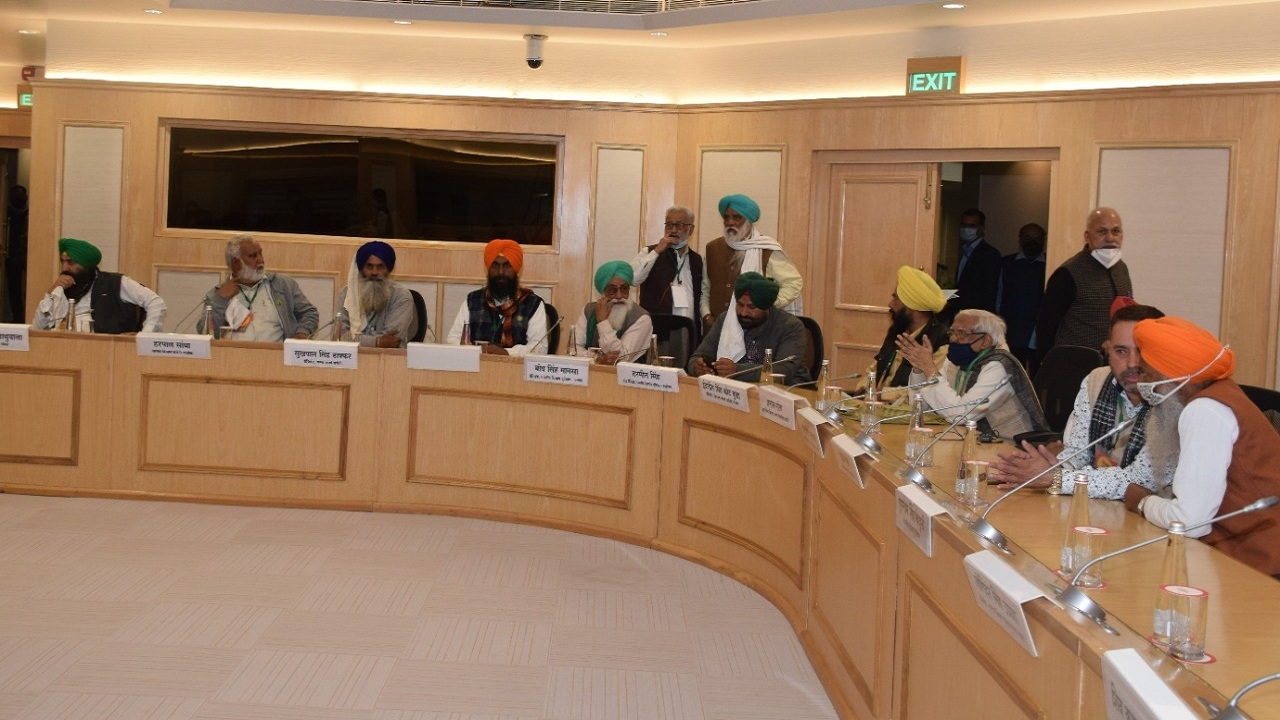 That is why Farmers Central Government Meeting Failed, Agitation continue, so government-farmers meeting was inconclusive, now eyes on December 3


The government had offered to form a committee in the meeting. But the farmer leaders turned down the offer. On the other hand, the government says that the meeting has been positive. 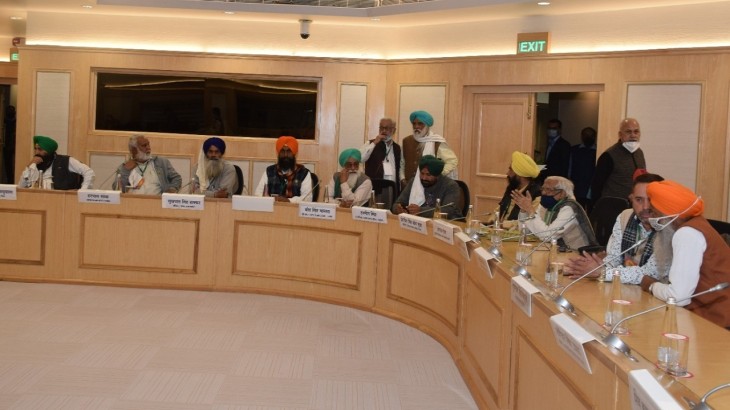 The two-time meeting between agitated farmers’ representatives and the government on Tuesday was unsuccessful. The first meeting lasted for about three and a half hours at Vigyan Bhavan and the second meeting was held for about an hour in the Ministry of Agriculture. The second meeting was attended by the farmers’ representatives who did not attend the first meeting. However, both meetings were inconclusive. Now the fourth round of meeting will be held on December 3 at 12 noon. The government had offered to form a committee in the meeting. But the farmer leaders turned down the offer. On the other hand, the government says that the meeting has been positive. Now on December 3, the fourth round meeting is expected to be resolved.

Also read: Thousands of women are supporting the farmers in the movement in the open winter

Farmers organization agreed to continue negotiations
Punjab Farmers Organization leader Karnail Singh, who was present in the meeting held with Agriculture Minister Narendra Tomar, Piyush Goyal and Union Minister of State Som Prakash, said that the agitation of farmers will continue after the meeting is inconclusive. All three agricultural laws are going to benefit the corporate. The government will accept all three laws, only then the farmers will accept. He said that continuous dialogue with the government will continue. Let us tell you that the first meeting with Union Agriculture and Farmers Welfare Minister Narendra Singh Tomar, Minister of Railways and Commerce and Industry Piyush Goyal and Minister of State for Commerce and Industry Som Prakash started in New Delhi’s Vigyan Bhawan from 3:30 pm in which 32 farmers Delegates took part. Later, there was a meeting in the Ministry of Agriculture as well. It was attended by some farmer leaders under the leadership of Rakesh Tikait, representative of Bhartiya Kisan Union.

Government asks for written objections
Meanwhile, there may be no solution in the meeting held on Tuesday with the farmers’ organizations, but the government has asked for written objections and suggestions on the provisions related to the farmer leaders. Its report is to be made available to the farmers representatives by Wednesday. It will be discussed the next day on December 3 from 12 noon. The government says that this will make it easier to discuss the important issues in the right way. The government says that the farmers’ organizations should first identify their issue properly regarding the newly enacted laws. Make a bundle of your suggestions in writing, so that the fourth round meeting to be held on December 3 is easy.