Congress leader Randeep Singh Surjewala on Wednesday said that the central government should suspend three “black” agricultural laws without any delay and that Prime Minister Narendra Modi should talk directly to the protesting farmers. 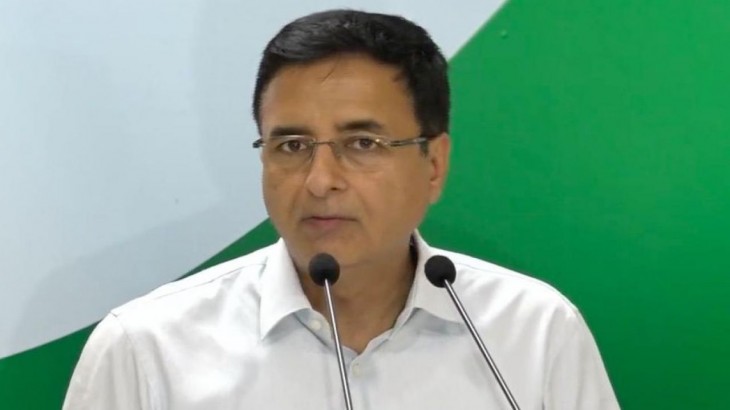 Congress leader Randeep Singh Surjewala on Wednesday said that the central government should suspend three “black” agricultural laws without any delay and that Prime Minister Narendra Modi should talk directly to the protesting farmers. The talks between the central government and agitating farmers unions, which took place a day earlier, failed to end the deadlock on new agricultural laws and the two sides would meet again on Thursday. The organizations rejected the government’s proposal to set up a committee to look into the issues raised by the farmers.

Surjewala told the journalists that the Agriculture Minister (Narendra Singh Tomar) is unable to hold talks, so the Prime Minister should hold this bias keeping aside all prejudices and preconceived notions. According to the Congress spokesperson, cases have been registered against about 20,000 farmers in connection with stubble burning or “Delhi Chalo” march. He said that the Modi government should suspend these three black laws without delay, withdraw the notification issued to punish the farmers regarding burning of stubble and all criminal cases filed against the farmers. Surjewala said that the laws should be suspended till the matter is resolved.

The Congress spokesperson said that the Agriculture Minister has given a “lollipop” to set up a special committee. He asked why a committee was not constituted to consult with different farmer organizations, their representatives, parties and state governments before enacting the law. Surjewala wanted to know why the agricultural laws were not sent to the Special Parliamentary Committee, as the opposition was demanding in Parliament.

The Congress spokesperson said that the Modi government is not only harming the interests of the farmers once again, but because of their capitalist friends, they are intent on enslaving the farmers and suppressing their interests. He demanded that the NDA government should tell which farmer organization of the country had demanded any such law. Surjewala also targeted the BJP’s alliance partner Jananayak Janata Party (JJP) in Haryana and alleged that it was trying to play from both sides.

The JJP had suggested to the Central Government on Tuesday that it should give a written assurance to the farmers that the minimum support price system would continue. Surjewala said, “JJP is doing double talk. Dushyant Chautala (JJP leader and Deputy Chief Minister of Haryana) is clinging to power and supports three anti-farmer, anti-worker and anti-poor black laws and is part of the government.