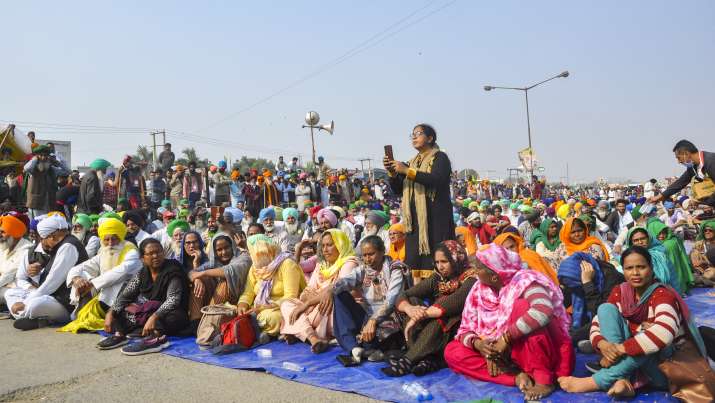 Explain that the Central Government fixes the MSP for 22 crops every year on the recommendation of the Agricultural Costs and Prices Commission. Of these, there are 14 kharif season crops and 6 rabi crops. Apart from this, MSP is also fixed for jute and copra. At the same time, the fair and remunerative price i.e. FRP for sugarcane is fixed. However, on the MSP, the government purchases only paddy and wheat on a large scale, as both these grains are required for the Public Distribution System (PDS) under the National Food Security Act. Although procurement of pulses and oilseeds is also done in the major producing states, but this purchase is in the same condition, then the concerned state sends the proposal to the central government in case the market price of the crop is less than the MSP.

Officials say that the determination of MSP means that farmers must get such a price of crops, so when the market price of any pulses and oilseeds crop falls below the MSP, then the government agency purchases the MSP from the farmers there . But, it is not possible that the government should buy all the crops from the farmers, so when the government buys up to one-third of the total production, then it is natural that the market price goes up there, farmers get reasonable prices. In some states, the government also buys maize and other crops. Mandatory procurement on MSP means private traders will also be forced to buy on it.

Sardana said, the total expenditure on procurement of all crops on MSP will be around Rs 17 lakh crore according to today’s rate, which will be a big part of the government’s budget. After this, one lakh crore rupees will be spent on fertilizer subsidy and one lakh crore rupees on food subsidy. The Government of India has proposed an expenditure of Rs 30,42,230 crore in the financial year 2020-21, which is 12.7 percent higher than the revised estimate of 2019-20. If the government has to buy all the crops, then there will be difficulties regarding its storage.

Sardana said that in making the MSP mandatory, there will also be difficulties regarding the quality of a crop because it has to decide which quality will be the MSP and what will be the rate of poor quality and who will buy from it. He said that to spend Rs 17 lakh crore on the purchase of all crops on MSP, the government will have to increase the tax by three times in the entire area, after which neither investment nor export nor employment will be created. Therefore, the imperative of MSP is impractical demand.

The protesting farmers are apprehensive about continuing to purchase the MSP after the new agricultural law. On this, Food Secretary Sudhanshu Pandey says that as long as there is a public distribution system in the country, the government will have to buy food grains on the MSP, so this apprehension is baseless. He said that the new agriculture law introduced by the central government will not affect the purchase of MSP, because MSP is related to food security.