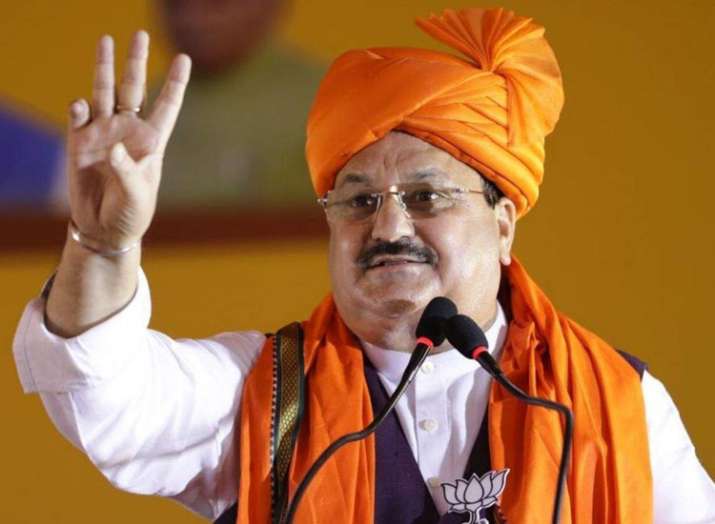 
new Delhi: Prime Minister Narendra Modi on Wednesday, BJP President Jagat Prakash Nadda Wish her 60th birthday. PM Modi described him as a skilled leader. JP Nadda was born in 1960 in Patna. The Prime Minister tweeted, “Many congratulations to BJP National President JP Nadda ji on his birthday. Under his skilled and inspiring leadership, the party is constantly touching new heights. I wish that he stays healthy and longevity. ”Let us tell you that JP Nadda is originally from Bilaspur in Himachal Pradesh but he was born in Bihar. His strong hold in the Bharatiya Janata Party organization, the ability to manage efficiently, his impeccable image is the reason he got the command of the world’s largest political party.

Jagat Prakash Nadda was originally Himachal Pradesh Is a resident of Bihar but he was born in Bihar, JP Nadda’s father Narayan Lal Nadda was Vice Chancellor at Ranchi University. Jagat Prakash Nadda was born on 2 December 1960 in Patna, the capital of Bihar, and most of his studies were also written in Bihar and most of the stakes of politics were also learned in Bihar. JP Nadda did his schooling from St. Xavier’s School in Patna and did his graduation from Patna College, Patna University.

After completing his graduation in Patna, Jagat Prakash Nadda joined LL.M. in Himachal Pradesh University, Shimla and from there, Himachal Pradesh students shone in politics. In the year 1983, JP Nadda was elected President of the Students’ Union Unit of the University as a candidate of All India Students (ABVP), the student unit of Bharatiya Janata Party at Himachal Pradesh University. After this, JP Nadda was elected the National General Secretary of ABVP in 1989 and in 1991 became the National President of Bharatiya Janata Party’s Yuva Morcha (BJYM).

Jagat Prakash Nadda entered electoral politics for the first time in 1993 and elected MLA from Bilaspur Sadar assembly seat in Himachal Pradesh and reached the state assembly. In the 1993 Himachal Pradesh Assembly Election, the Bharatiya Janata Party suffered a huge defeat in the entire state and the then Chief Minister of the state and senior BJP leader Shanta Kumar also lost the election. But despite the defeat of the Bharatiya Janata Party across the state, JP Nadda managed to win the election on his seat. In 1998, he again became an MLA and in the state Prem Kumar Dhumal A BJP government was formed under which Nadda became the health minister of the state. In 2014, when the first government led by Prime Minister Modi was formed, JP Nadda was made the health minister of the country.

In the 2003 Himachal Assembly elections, the BJP was defeated and the Congress government was formed, at that time JP Nadda became the Leader of the Opposition in the State Legislative Assembly, followed by the BJP government led by Chief Minister Prem Kumar Dhumal in 2007 and JP Nadda Was made the forest minister of the state. However during that time his tenure was short and he left the post of Forest Minister of the state and shifted to central politics and was made General Secretary of Bharatiya Janata Party. In 2012, JP Nadda was elected a Rajya Sabha MP and in 2014, when the BJP government was formed for the first time under the leadership of PM Modi at the Center, JP Nadda was made the Country Health Minister.

Major victory won in Lok Sabha elections in UP

The Bharatiya Janata Party had made JP Nadda in charge of Uttar Pradesh during the 2019 Lok Sabha elections, in which he showed his skillful management and gave the Bharatiya Janata Party a big victory in the state. For the Lok Sabha elections, two major political parties of Uttar Pradesh i.e. Bahujan Samaj Party and Samajwadi Party had formed a grand alliance to defeat the BJP, but despite this JP Nadda managed to win the BJP in the state. When the BJP government was formed at the Center in 2014, Amit Shah was then in charge of the state and he won the BJP in the state and was later appointed the party’s president. This time history is repeated once again, JP Nadda has won a big victory for the BJP in Uttar Pradesh on his own and now he has become the party’s national president.