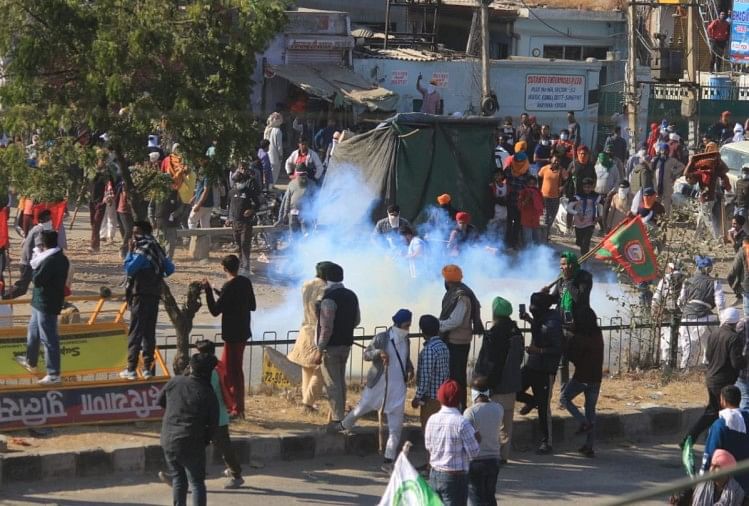 The central government has made two things clear on the fifth day of the peasant movement. First, all three laws will not be returned. Second, the confusion that is being spread among the farmers will soon go away. The saying was that two swords cannot come in one sheath, but many swords have been inserted in the sheath, not two, by the central government regarding the peasant movement. The government hopes that the result will come in its favor. Buta Singh, president of the Bharatiya Kisan Union, has said that he had a conversation with Union Home Minister Amit Shah. They are ready to interact with 36 representatives.

On the other hand, the All India Kisan Sangharsh Coordination Committee has said in its bulletin issued on Monday that they are with farmer organizations. The government is still claiming that it has to create awareness about the benefits arising from the laws of farming, while the farmers are clear that these laws are only at their cost to increase the independence of corporate, opportunity to corporate and increase of corporate income. Are for The central government has clearly stated that neither the mandi will end nor the MSP will be closed.

Soon the confusion of farmers will be cleared
The farmers ‘movement has been stretching for a long time, it seems to be going to the benefit of the government. In this movement 30 leading farmers’ organizations of Punjab are participating, while a dozen other organizations including AIKSCC also talk on the issues of farmers. Farmers’ organizations are also involved in these. According to a central government official, the latest Intelligence report states that now who will talk prominently in the farmers movement is being discussed. Some organizations agreed to go to Burari, which was later refused.

Actually, this movement is not happening all over the country. Now the farmers of Punjab and western Uttar Pradesh are participating in it, although the majority of the farmers of Punjab are there. On the very first day of the movement, the government realized that this is a movement of two or three states. Making a big disclosure, the said officer said, “You see these farmers have come from Punjab. There is good farming in Haryana too.” Why are the farmers not coming to Delhi from here? According to the officer, do not take it lightly. Try to understand the reason for this. Former CM Bhupendra Singh Hooda and INLD in Haryana have a huge support base among the farmers.

If Hooda or Abhay Chautala had wanted, they could have sent thousands of farmers to Delhi, but that did not happen. Both these leaders are away from the movement. When there is no one to lead, then the farmer will move forward with the help of The central government had allegedly conveyed to Bhupendra Singh Hooda, who is yet to get rid of central investigative agencies. The relationship between the INLD and the BJP has not deteriorated, while the JJP’s own government is in the Khattar government. In such a situation, on whom the farmer will go to Delhi, due to all these reasons, the central government came into a strong position. Apart from two central ministers Ravi Shankar Prasad and Prakash Javadekar, the statement of the Prime Minister himself is also enough to understand that the central government is not going to bow down.

Although four representatives of the AIKSCC will be present in the talks with the Union Home Minister. Last time when the Union Home Minister invited the talks, some farmer leaders had gathered to show their gratitude. Later everyone said, no, the condition of getting spoiled is not acceptable. Having 30 farmer leaders from Punjab in conversation proves that this movement could not reach the national level. Farmer leader Buta Singh has said that he will hold talks, although he has categorically rejected the appeal to go to Burari.

Farmer leader Baldev Singh Sirsa said, we have so much ration that even if we have to sit on the road for 4 months, we will sit. The condition of the farmer is not the same in all parts of the country, is that why farmers of other states are not in Delhi? In this regard, farmer leader Avik Saha said, farmers are protesting in many states. All the farmers are against these bills.