The agitation to the farmers against the three new agricultural laws is becoming more intensified. Thousands of farmers have been lying on the Delhi-Haryana border for the last 6 days. 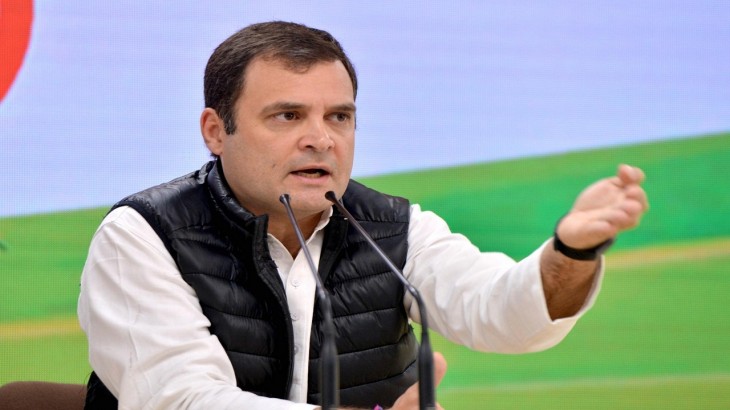 The agitation to the farmers against the three new agricultural laws is becoming more intensified. Thousands of farmers have been lying on the Delhi-Haryana border for the last 6 days. In support of the farmers who are demanding withdrawal of these laws, the Khapana of Punjab to Singer has also come down. All opposition parties, including the Congress, are also attacking the Modi government at the Center, supporting the farmers. In this episode, former Congress President Rahul Gandhi has once again attacked the Modi government.

ALSO READ: LIVE: Farmers kept this condition at the invitation of the government, said – Till then it will stand

Rahul Gandhi has targeted the government for the farmers’ performance during the cold and Corona period in Delhi. The Congress leader tweeted, ‘Annadata is staging streets and plains and’ lie ‘speeches on TV! We all have debt for the hard work of farmers. This debt will come down by giving them justice and rights, not by treating them with lathis and by running tear gas. Wake up, get down from the chair of ego and think and give the right to the farmer.

Earlier on Monday, Rahul Gandhi appealed to the party workers and common people to stand in favor of the farmers and said that this is a fight for truth and untruth, in which everyone should be with the donors. He questioned that if these laws are in the interest of farmers, then why are the farmers on the streets? In a video released under the social media campaign called ‘Speak Up for Farmers’ of the Congress, Rahul Gandhi said,’ The farmers of the country have left their homes and farms in Delhi against the black agricultural laws and reached Delhi. With whom do you stand in the battle of truth and untruth – with the Annadata farmer or the capitalist friend of the Prime Minister? ‘

He said, ‘Patriotism is the defense of the power of the country. The power of the country is the farmer. The question is why farmers are on the streets today? Why is he walking hundreds of kilometers towards Delhi? Narendra Modi ji says that three laws are in the interest of farmers. If this law is in the interest of farmers, then why is the farmer so angry, why is he not happy? ‘ The Congress leader alleged, “These laws are for two-three friends of Modi ji, there are laws to steal from the farmer.”