new Delhi
The government spoke on Tuesday with representatives of farmers agitating against agricultural laws. The meeting may have been inconclusive but both sides have termed it positive. Farmer leaders have rejected the government’s proposal to form a committee. The government also spoke to the leaders of the Indian Farmers Union separately. The government has asked farmers to make objections in writing, clause by clause, on the laws by Wednesday. That is, write down clearly what specific parts of the law, which particular provisions are objected to. This will be discussed in the fourth round of talks to be held on Thursday at 12 noon.

The meeting lasted more than 3 hours
This information was given in an official statement released on Tuesday after a meeting that lasted for more than 3 hours with 35 representatives of farmer organizations. Agriculture Minister Narendra Singh Tomar, Railway and Commerce and Industry Minister Piyush Goyal and Minister of State for Commerce and Industry Somprakash held a meeting with representatives of farmer organizations. In the meeting held at Vigyan Bhawan in Delhi, the ministers informed the representatives of farmers’ organizations about the benefits of agricultural reform laws. According to the government, all the issues related to these laws were discussed in detail in a cordial atmosphere. Tomar emphasized that the government is fully committed to the welfare of farmers and agricultural development has always been a top priority.

Negotiations between government and farmer leaders are inconclusive, meeting again on 3rd, know what happened today

Identify issues related to laws and give farmers by December 2: Government
The statement said, “During the talks, the Union Agriculture Minister proposed to put forward the issues of farmers and set up a committee for consideration so that they can be resolved by mutual consent.” Representatives of the farmers’ organizations said that all the representatives would join the dialogue with the government to resolve the matter amicably. During the talks, the government asked the farmers’ representatives to clearly identify the issues related to agrarian reform laws and put it up for consideration on 2 December. These issues will then be discussed in the fourth round of talks on 3 December. It was assured in the meeting that the Center is always committed to the protection of the interests of the farmers and that the dialogue is always ready for the welfare of the farmers.

Farmers Protest: ‘No matter how much Digital India is made, roti is not downloaded’

BJP’s suggestion of ‘friend’ on farmers’ performance, what objection to giving written assurance on MSP

Roop Singh Sanha, member of Bharat Kisan Union (Ekta Ugrahan), said, ‘Farmers’ organizations rejected the government’s proposal to form a 5-member committee to consider issues related to the new agricultural laws. This organization is among the largest parties of farmers to protest against the new agricultural laws. However, the concrete stand of the government side is that a high-level committee should be formed to look into the issues of farmers and their farmer organizations are expected to consider the proposal.

Farmer said – Government on the move wants to distribute us through committee
Sources said the ministers were of the view that it is difficult to reach a decision while negotiating with such large groups and hence suggested a meeting with a small group. Farmer leaders, however, believe that he will meet only collectively. Union leaders said they feared the government might try to break their unity and their protests. BKU (Dakonda) Bhatinda district president Baldev Singh said, ‘The government asked us to name 5-7 members to form a small committee for better discussion, but we declined it. We said that we would all be present. He alleged, ‘The government is pushing for a small group because they want to divide us. We are very well aware of the tricks of the government.

Separate talk with Indian Farmers Union
Immediately after the meeting ended at Vigyan Bhavan, separate talks started with representatives of the Indian Farmers Union (BKU) in the Ministry of Agriculture. The government said that talks with BKU members were held in a good environment and the suggestions of the farmers were carefully listened to.

Tikait said – will submit the draft of complaints on Wednesday
Naresh Tikat, president of the Bharatiya Kisan Union, said that they will submit a draft on Thursday on the issues related to agriculture law on which they have objections. He said, ‘We will submit a draft tomorrow on our issues related to agricultural laws. The government has initiated negotiations with farmers in Punjab, UP, Uttarakhand, Haryana and Delhi. So the government will have time till the morning of December 3 to brainstorm on our issues.

Farmers bluntly – movement will continue
Earlier, during a meeting with 35 representatives of farmer organizations, the government assured them on MSP for a detailed presentation. The government conveyed the advantages of agricultural laws to the farmer leaders. Negotiations were inconclusive but both sides agreed to the next round of talks. The government has also appealed to the farmers to end their agitation, but the agitators have bluntly said that their protest will continue.

(With input from agencies) 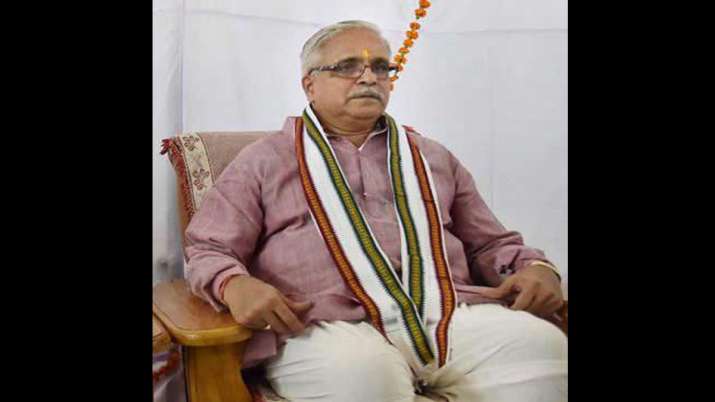 The act on the Red Fort is an insult to those who sacrificed to protect the country: RSS