Voting for the Hyderabad Municipal Body has started today. Polling has started at 7 am and is going on till 6 pm. 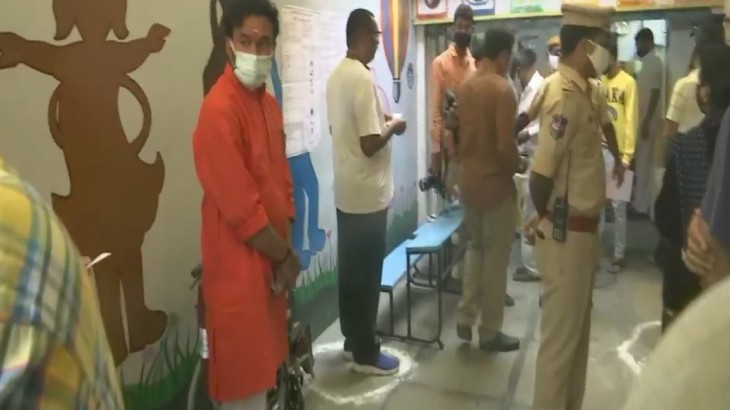 Voting for the Hyderabad Municipal Body has started today. Polling has started at 7 am and is going on till 6 pm. 74,44,260 voters will exercise their franchise to elect 150 wards of Greater Hyderabad Municipal Corporation (GHMC). In this election, 1122 candidates are in the fray for 150 seats. Votes will be counted on 4 December. The Election Commission has made extensive preparations for the voting, which includes the deployment of 48,000 election personnel and 52,500 police personnel.

Also Read: Should Nizam Culture Get Rid Of Hyderabad?

During the campaign, BJP underlined the alleged alliance of ruling TRS and AIMIM in the state and appealed to voters to vote for it for transparent governance. The campaign for TRS was handled by Municipal Administration Minister KT Rama Rao, while state Chief Minister and party supremo Chandrashekhar Rao also addressed the public meetings. TRS also fielded many ministers and MLAs of the state.

On behalf of the Congress, State President N. Uttam Kumar Reddy and Executive President A. Revanth Reddy and other senior leaders campaigned. The Telugu Desam Party, once powerful in the politics of the state, has once again come into the fray in an attempt to take back the lost land and cited the work done for the development of the city under the Chief Minister of N. Chandrababu Naidu in undivided Andhra Pradesh.