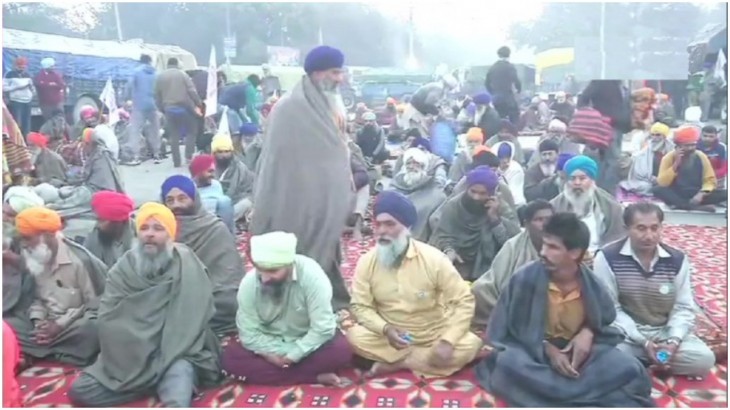 All India Taxi Union Has warned that if the demands of the farmers protesting against the new agricultural laws are not met, they will go on strike. The president of the union gave information about this. Union president Balwant Singh Bhullar said that he is giving them two days to fulfill the demands of the farmers. Bhullar said that we appeal to the Prime Minister and the Agriculture Minister to withdraw these laws. The corporate sector is ruining us.

Also read: Against the agricultural laws once again in the NDA, now this ally party said – take it back otherwise

If the government does not withdraw these laws within two days, then we will remove our vehicles from the road. We appeal to all the drivers of the country to stop driving on December 3.

Agriculture Minister called leaders of farmer organizations for talks
Union Agriculture Minister Narendra Singh Tomar has invited the leaders of farmer organizations protesting against the three agricultural laws of the central government, for talks on Tuesday instead of December 3, citing Kovid-19 epidemic and cold. Significantly, thousands of farmers have been protesting on the border of Delhi for the last five days. His strike against central agricultural laws entered the fifth day on Monday. Regarding these laws, farmers fear that the minimum support price will be eliminated. Tomar said, “Keeping in mind the corona virus epidemic and cold, we have invited the leaders of farmer unions to come for discussion before the meeting of December 3.

Also read: Know how ‘MSP will be found, even mandis will not end’, remove every confusion here

He told that now this meeting has been called at Vigyan Bhavan in the national capital on December 1 at 3 pm. He informed that all the farmer leaders involved in the meeting held on November 13 have also been invited this time. Meanwhile, Agriculture Secretary Sanjay Aggarwal has written to the representatives of 32 farmer unions and invited them for discussion on December 1. Among the organizations to which Agrawal has written letters are the Revolutionary Farmers Union, Jammuhari Kisan Sabha, Bharatiya Kisan Sabha (Dakuda), Kul Hind Kisan Sabha and Punjab Kisan Union. Earlier, the meeting held on 13 November was inconclusive and the Union Agriculture Ministry invited the farmers for a second round of talks on December 3 to address their concerns arising out of the three new agricultural laws.