Farmer protesters are still standing on the Haryana Delhi border against 3 new agricultural laws of the Center. Despite the appeal and assurances of the central government, the farmers are not ready to back down. 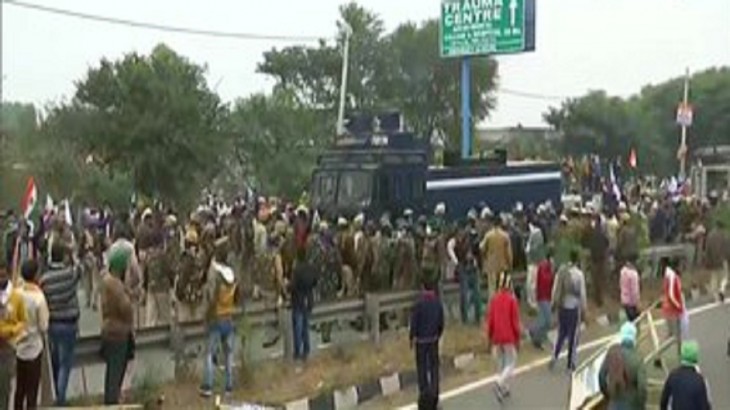 Farmer protesters are still standing on the Haryana Delhi border against 3 new agricultural laws of the Center. Despite the appeal and assurances of the central government, the farmers are not ready to back down. While the protests of the farmer protestors are still going on at the border, farmers are camping at the Singhu border as well. Politics is also happening fiercely on the farmers’ movement. The Congress is supporting the movement of farmers by claiming that they are friendly, while the BJP is describing this whole episode as politically motivated. Amid the accusation, the personal secretary of Haryana Chief Minister Manohar Lal Khattar has made a big disclosure.

Also read: Farmer movement has profound impact on supply of fruits and vegetables

Manohar Lal Khattar’s private secretary Abhimanyu has revealed some government records, through which he has claimed to expose the lies of Punjab Chief Minister Captain Amarinder Singh. CM’s private secretary Abhimanyu released the record of the CM office of Haryana, in which it is directly seen that Haryana Chief Minister Manohar Lal Khattar on 23 and 24 November had to stop and convince the farmers who announced Delhi’s journey from Punjab to Delhi. To talk to the government residence of Captain Amarinder Singh and his farm house, he called 2 times on 23rd and 9th time on 24th.

On the phone, CM Manohar Lal Khattar wanted to talk to Punjab CM Capt Amarinder Singh that he would try to stop and convince the farmers going from Punjab to Haryana via Haryana. If needed, the CM of Haryana can go with the CM of Punjab and reach out to the Central Government and try to find a solution to this issue. According to the records of the CM House of the Haryana Government, Punjab CM Captain Amarinder Singh did not speak to the CM of Haryana nor did the Punjab CM staff or his office on behalf of Haryana CM, despite making a dozen attempts on 23rd and 24th A call back was made to the CM office of.

ALSO READ: Amit Shah did not even talk about work; Farmers adamant on their stand

But on the other hand, on national news channels, Captain Amarinder Singh has been saying that he will not talk to Manohar Lal Khattar on the phone, because he got the police to take action against the farmers coming from Punjab to Haryana. Khattar’s private secretary Abhimanyu has made it clear that whatever Captain Amarinder Singh is now saying in front of the media is a lie and despite many efforts of Haryana CM Manohar Lal Khattar, he did not even think it appropriate to talk.

To expose the lies of Captain Amarinder Singh, all the phone calls made to the Haryana CM office to contact the Punjab CM have been made public on Twitter by Abhimanyu ji. It is noteworthy that before this, Chief Minister Khattar also alleged that some political parties and organizations are sponsoring the Kisan movement against the agricultural laws of the Center. Khattar also attacked Punjab Chief Minister Amarinder Singh and claimed that he wanted to talk to him on this issue and telephoned his office for three days but he did not answer it.

ALSO READ: LIVE: Farmers are stuck on the Indus-Tikari border, common people are upset due to the roads being blocked

However, Amarinder Singh dismissed Khattar’s allegations that despite repeated attempts, he did not talk to the Chief Minister of Haryana. Singh said that he would not talk to Khattar until he apologized for the vandalism on the farmers who were traveling to Delhi.