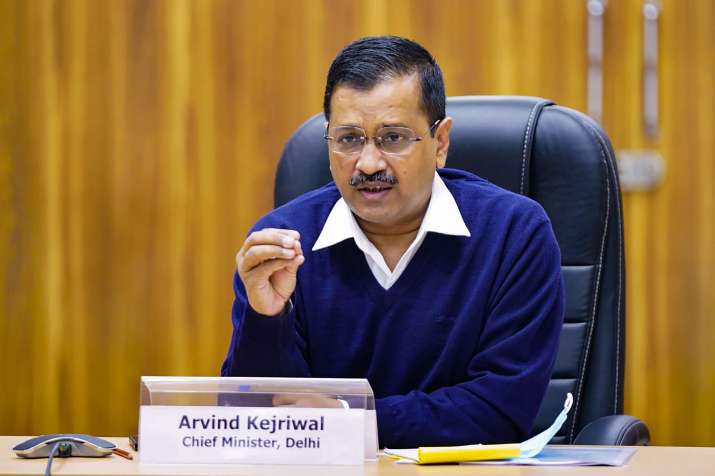 
New Delhi. Delhi Chief Minister Arvind Kejriwal on Sunday said that the Center should immediately and unconditionally negotiate with farmers opposing the new agricultural laws. Farmers have been protesting against the new agricultural laws for four consecutive days and are standing at the national capital’s Singhu and Tikri borders. The Aam Aadmi Party (AAP) has supported the farmers’ protests.

The party’s national convenor Arvind Kejriwal told the Center that it should meet farmers immediately. He said in a tweet, “The central government should immediately (and) unconditionally negotiate with the farmers.” AAP leader Sanjay Singh said that his party demands that Home Minister Amit Shah should first listen to the farmers’ concerns about their problems “The Aam Aadmi Party is with the farmers under the leadership of Delhi Chief Minister Arvind Kejriwal. We welcome the farmers in Delhi. We will fight shoulder to shoulder with them,” he said.

AAP senior leader and chief spokesperson Saurabh Bhardwaj said in a press conference on Sunday that his party believed that Home Minister Amit Shah left Delhi to campaign for the Hyderabad civic elections and showed “complete irresponsibility”. While millions of farmers are waiting on the Delhi border to talk to them. Bhardwaj said Amit Shah is telling farmers on one hand that corona virus cases may increase due to his performance and on the other side was claiming that there was a large number of people participating in his Hyderabad road show. It shows that “no social distance was maintained.” He said, “The Aam Aadmi Party believes that this is the hypocrisy of Union Home Minister Amit Shah and we condemn such an irresponsible move.” The Aam Aadmi Party believes that such home ministers are very dangerous for India. ”

At another press conference, party MLA and spokesperson Atishi alleged that the Center was “intolerant” towards thousands of farmers sitting on the Delhi border. He said, “By placing conditions for the farmers, the government is saying that it will not talk to the farmers until the farmers accept the demand to go to a particular place.”

AAP leader Raghav Chadha attacked Punjab Chief Minister Amarinder Singh over agricultural laws and held him “equally responsible for crushing” the performance of farmers. Chadha claimed, “There is a nexus and friendship between Prime Minister Narendra Modi and Captain Amarinder Singh. They are both cheating the farmers together.” He alleged, “Amarinder Singh is working on behalf of the BJP and has become the Chief Minister of the BJP. He is directing the farmers of Punjab to accept the terms of Union Home Minister Amit Shah.”