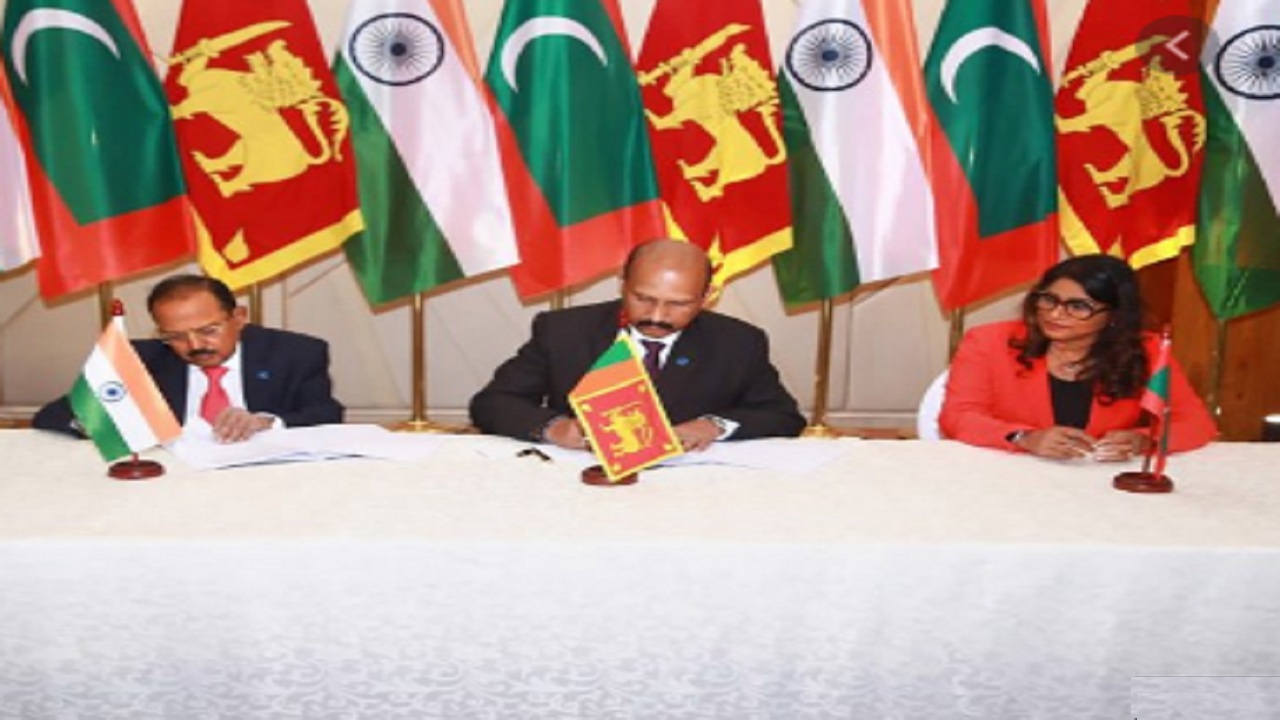 India is continuously mobilizing against the dragon to put a full stop to China’s growing activity in the Indian Ocean. In this episode, from announcing big-ticket projects in the Maldives to building strained relations with Nepal, India is working to strengthen ties with neighboring countries of South Asia. The two countries that India will need the most help to do this are Maldives and Sri Lanka. These two countries are undoubtedly smaller in geographical size than China and India, but in the Indian Ocean, it is very important from a political point of view.

Ajit Doval has a meeting
Indian NSA Ajit Doval held a meeting with officials of both countries to strengthen relations with Maldives and Sri Lanka. This meeting is an indication that the above three countries are now moving towards a common strategy in this area. In the joint statement issued after the meeting, it said that apart from joint practice, cooperation was discussed on many issues including cooperation on humanitarian grounds. The thing to note in this whole meeting was that despite the constant pressure being put on Sri Lanka by China, he joined this dialogue.

Three countries met after six years
Under the theme of maritime security cooperation, the above three countries have met after six years. This is Doval’s second official visit to Sri Lanka this year. In January, he visited the island nation and discussed several bilateral issues including strengthening cooperation in defense, intelligence sharing and maritime security with President Gotabaya Rajapaksa. The Indian High Commission in Colombo reported that Doval was formalized by signing the details of the discussion at the tripartite meeting by Sri Lankan Defense Secretary Major (Retd) Kamal Gunaratne and Maldives Defense Minister Maria Didi.

S. Jaishankar also on Sagar Mission Campaign
On one hand, NSA Doval is giving a new twist to relations with Sri Lanka and Maldives. At the same time, Foreign Minister S Jaishankar has visited Seychelles, where China has provided defense cooperation through the transfer of aircraft and naval ships. Jaishankar announced plans to complete $ 91 million of infrastructure projects during his visit to Seychelles and also discussed security cooperation. For information, let us say that in May, amid the Kovid epidemic, India launched the Sagar Mission to support the nations of the Indian Ocean region. Maldives, Sri Lanka, Mauritius and Seychelles were among the first countries to receive assistance from India.

Already brought vietnam with
India also wants to expand its footprints to other major nations as per priority. In this episode, India has made a big agreement to share sea-data with Vietnam. Under this Hydrographic-Agreement, the two countries will share maritime data with each other which will help in making navigational charts. Rajnath Singh called for self-reliance in the defense sector under self-reliant India and said that this will give the allies of India a chance to become stronger in the defense sector.

Indo-China border dispute
Realizing the strategy of complicating China’s case on LAC, India has finalized a strategy to hold a long front on LAC. In the winter season, Indian Army personnel are deployed on LAC. Sensing the move of China, India has also planned a long battle on the economic, strategic and diplomatic front for all-round siege of the neighboring country.

Also read: Farmer movement has profound impact on supply of fruits and vegetables

Supported countries plagued by China
India is taking along countries that have been troubled by China, it is noteworthy that the US has also announced to establish its embassy in Maldives. In Sri Lanka, Pompeo had described China as a violent beast and had sharply attacked the policy of entrenching China’s debt trap under the guise of investment projects. It is believed that Maldives and Sri Lanka may play an important role in the future of the India-US-Australia-Japan common strategy in the Indian Pacific sector.