Amarinder Singh told the media, Khattar is lying that he tried to call me first and I did not answer. But after what they have done to my farmer brothers, I will not talk to them even if they call me 10 times. 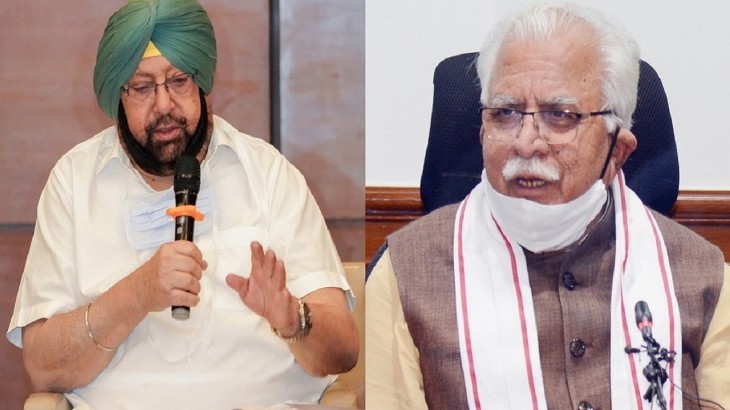 Punjab Chief Minister Amarinder Singh on Saturday accused his Haryana counterpart Manohar Lal Khattar of brutal treatment of farmers. Singh asked Khattar to apologize for his statement, in which he said that the Khalistani are managing the protests. Singh accused Khattar of spreading lies. Amarinder Singh told the media, Khattar is lying that he tried to call me first and I did not answer. But after what they have done to my farmer brothers, I will not talk to them even if they call me 10 times. Till he does not apologize and accept that he has done wrong to the farmers of Punjab, I will not forgive him.

Amarinder Singh asserted that teargas shells were hurled at the farmers of Punjab by the Haryana Police and water cannons were used on them and water cannons were fired, injuring many people. So whether Khattar is his neighbor or not, he will not talk to them. The Punjab Chief Minister said that if he himself could talk to the Prime Minister and the Union Home Minister several times on the issue of farmers, then if Khattar had made a right call then why would he not have spoken to them.

Amarinder Singh raised questions on Khattar’s decision
Singh questioned Khattar’s decision not to let the farmers go to Delhi. Singh said that when the Center is ready to talk to the farmers and the Delhi government also has no problem, then who will come in the middle of Khattar? He said, what does it mean for him to interfere in this whole matter? Amarinder Singh also called Khattar’s allegations baseless, stating that he was inciting farmers to agitate. On one hand, farmers across the country are protesting against agricultural laws. On the other hand, there is a war of words between Punjab and Haryana government. Earlier, Khattar had targeted Singh.

Punjab raised farmers’ movement: Khattar
Please tell that the Chief Minister of Haryana, Khattar has said that the farmers’ movement has been raised by the farmers of Punjab and this movement has been sponsored by political parties and institutions rather than farmers. The farmers of Haryana have not participated in the movement. Haryana Chief Minister Manohar Lal Khattar said on Saturday that opposition to the agricultural laws of the central government is supported by political parties and their link is also with Khalistan. He told the media, the state has received inputs from some unwanted elements raising pro-Khalistan slogans against the farmers running in and around the national capital.

When Indira Gandhi … what is Modi … slogans of
He clearly said that after getting his ‘concrete’ information, he will share the complete details. The Chief Minister said, we have input that some unwanted elements are inside this crowd. We have a report for this. It is not right to disclose it right now. They have directly raised slogans. In the audio and video that have surfaced, they are raising clear slogans about Indira Gandhi and saying what is Modi when he did this with Indira. A day earlier, Khattar appealed to the farmers to talk directly to the Center about their demands.