Corona Vaccine is eagerly awaited all over the world including India. Meanwhile, PM Modi has come out today to review the preparations for the Corona vaccine. PM Modi is currently in the Zydus Biotech Park in Ahmedabad where he will review the Zykov-D vaccine of Zydus Cadila. After this, PM Modi will also review Bharat Biotech’s Kovixin in Hyderabad and Oxford-AstraZeneca vaccine at the Serum Institute in Pune respectively. Here we are telling you which vaccine is in which phase of this trial….

Oxford vaccine is up to 90% effective in preventing corona

Oxford’s vaccine ‘Covishield’ has great expectations for India as the Serum Institute of India (SII) Pune has signed a deal with AstraZeneca. SII will produce 100 crore doses of Kovishield. The Government of India is in touch with the Serum Institute and negotiations are on to purchase the vaccine. According to sources, this vaccine will be available for around 500-600 rupees, but for the government its price will be halved. ‘Kovishield’ is not only created by a prestigious research institute like Oxford University, but it is also up to 90% effective. It does not require very low temperature to store and the prices are also less than the rest of the vaccine. Interim analysis of the data revealed in the phase 3 trial of vaccine shows that overall its efficacy has been 70.4%. The special thing is that researchers are saying that the vaccine is proving to be effective and effective in changing the dosage. The vaccine was effective up to 90% when the first dose of the vaccine was halved and the second dose was maintained.

The third phase of clinical trials on humans has started at the All India Institute of Medical Sciences (AIIMS) of the indigenous corona vaccine ‘Kovacixin’ being made by Bharat Biotech. The first dose of this vaccine has been taken by MV Padma Srivastava, head of the AIIMS Neuroscience Center and three other volunteers. India is developing biotech ‘Kovaxin’ in association with Indian Council of Medical Research (ICMR). Sources said that Dr. Srivastava was given the first vaccine and in the next few days more than 15 thousand volunteers will be vaccinated in AIIMS. Sources said that the second dose of 0.5 ml will be given 28 days after the first dose of 0.5 ml is given under test. Under the third phase, 28,500 people aged 18 years and above will be vaccinated at various centers.

Zydus Cadila’s Corona vaccine is also in the race

The pharmaceutical company ‘Zydus Cadila’ is also manufacturing the Corona vaccine and has named the vaccine ‘Zykov-D’. The company had earlier announced that the first phase trial of a potential vaccine for the Kovid-19 has been completed and the second phase trial began in August. According to the information, the vaccine of Zydus Cadila may be ready for use by March next year. It is being told that Zydus Cadila is preparing to make 17 crore vaccines. PM Modi reached Zydus Biotech Park on Saturday and reviewed the vaccine preparations.

Preparations are being made to provide vaccines to people in India. Although every countryman plans to be vaccinated to prevent corona, 300 million people will get the vaccine first. On the basis of priority, the first preparation is to vaccinate health workers, frontline workers and senior citizens. According to the plan suggested by the NITI Aayog for vaccination, the way the polling booths are made in elections, the vaccine will be provided to the people by making vaccine booths. India has pre-ordered 60 million doses of Coronavirus vaccine. Apart from this, negotiations are on to get one billion doses. 40 lakh doctors and nurses in India are engaged in vaccine work. 300 crore disposable syringes will be required to complete the vaccination.

India is number 1 in the world in making vaccines

India manufactures the highest number of vaccines in the world. Medical experts say that if a vaccination program is to be run all over the world, then it is not possible without India. This capability is in India only to produce such a large scale vaccine. India usually produces 3 billion vaccines annually due to needs and population. Of this, he exports 2 billion vaccine doses every year. How far India is ahead in vaccine manufacturing, it can be gauged from the same thing that every 3 have a vaccine made in India. Due to the mass production of the vaccine in India, it is cheaper than other countries. Serum Institute of India (SII) produces the highest number of vaccines in the world. Every year it produces 1.5 billion dose vaccines. Let us tell you that SII along with Oxford is preparing Corona Vaccine ‘Covishield’ which has been found to be 90% effective after three phase trials. 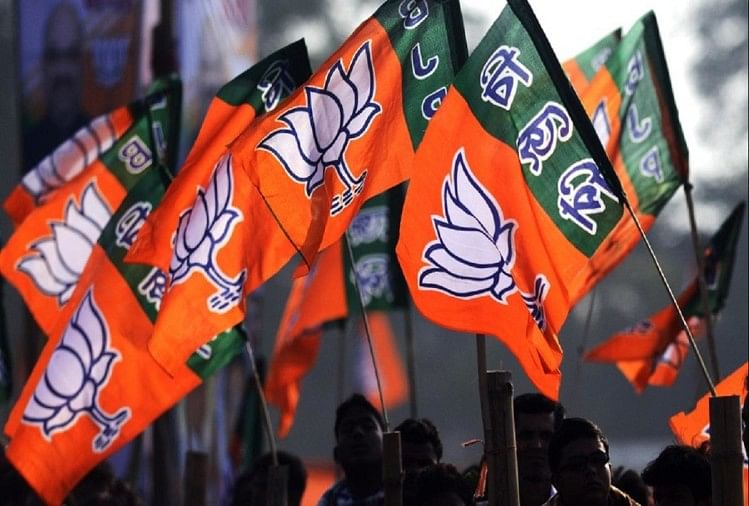 Up Election 2022: A Group Of Volunteers Will Go Door-to-door, Connect Everyone From Cobbler To Goldsmith And Peon To Ca will add

congress: Drinking water for Bengaluru: Congress plans padyatra from Mekedatu to city to press for dam

What’s behind the crisis at Belarus-Poland border