Tehran: A prominent Iranian scientist was killed on Friday by unknown assailants. According to eyewitnesses, 3-4 attackers have also been killed in this incident. Iran’s Defense Ministry gave information about the incident, saying that one of its top nuclear scientist Mohsin Fakhrizadeh has been killed. According to reports, Mohsin has been attacked in the city of Absard, near the capital Tehran. Mohsin, who was badly injured in the attack, was rushed to a local hospital where he died. Iran’s Foreign Minister Mohammad Jawad Zarif has described her assassination as a ‘state-sponsored terrorist incident’.

Western intelligence agencies believe that Mohsin Fakhrizadeh was behind Iran’s nuclear program. This can be understood from how important he was to Iran. Foreign diplomats called him the ‘father of the Iranian atomic bomb’. Let me tell you that Iran has been saying that its nuclear program is for peaceful purpose. Earlier, between 2010 and 2012, Iran’s four nuclear scientists were killed, for which it blamed Israel. Iran is also pointing fingers at Israel’s intelligence agency, Mossad, for killing Mohsin.

According to a statement from the Defense Ministry of Iran, “Armed militants targeted the car carrying Mohsin Fakhrizadeh, Chief of the Research and Innovation Department of the Ministry of Defense. Mohsin was badly injured in the clash between the militants and his bodyguards and was taken to a local hospital. Unfortunately, all efforts of the medical team to save them failed. Iran’s Foreign Minister Jawad Zarif tweeted, “Terrorists have killed a prominent Iranian scientist today. These rude actions, which have serious indications of Israel being at hand, reflect the murderers ‘intention to fight.’ 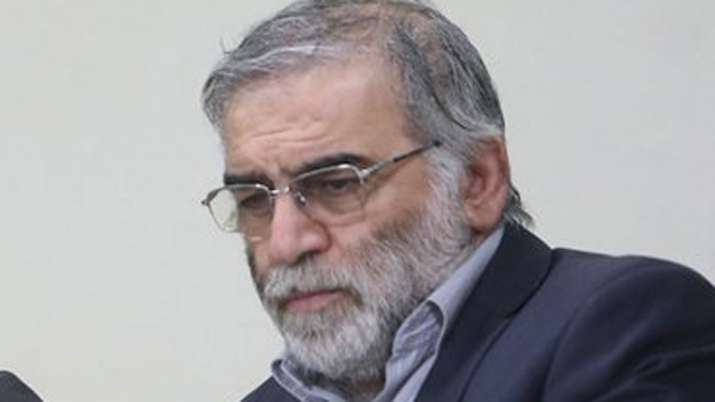 A prominent Iranian scientist was killed on Friday by unknown assailants.

Why was Mohsin Fakhrizadeh so special for Iran?

Mohsin Fakhrizadeh was Iran’s foremost nuclear scientist and a senior IRGC official. According to security experts from Western countries, he was extremely powerful in Iran and had a major role in Iran’s nuclear weapons program. Israel claimed to have obtained some intelligence documents in the year 2018, according to which Mohsin started Iran’s nuclear weapons program. After this, Israeli Prime Minister Benjamin Netanyahu called him the prime scientist of Iran’s nuclear program, saying, “Remember that name.” Israel has not reacted to the killing of Mohsin.