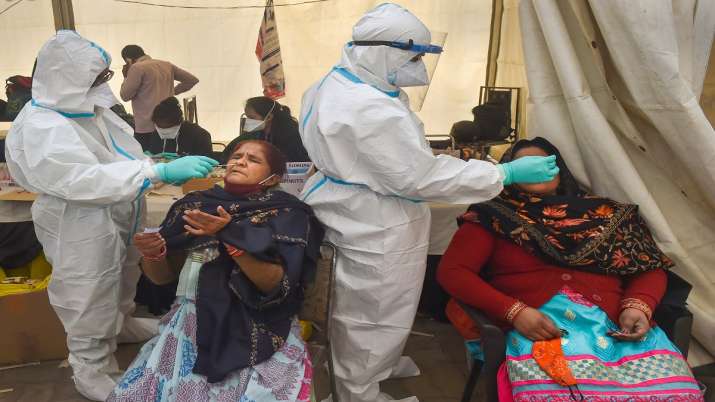 
New Delhi. The Supreme Court said on Friday (November 27) that states would have to rise above politics and take drastic measures to curb the rapid growth in the cases of Kovid-19 as the situation has gone from bad to worse. The apex court also said that there are policies, guidelines and standards regarding the management of Kovid-19 in the country but these are relaxed by the authorities and no concrete steps are being taken to tackle this issue. A bench of Justices Ashok Bhushan, Justice R. Subhash Reddy and Justice MR Shah said, “This is the time to take drastic steps otherwise all efforts of the Central Government will be in vain”.

The bench made this remark after the Center was informed by the Center about the new wave of epidemic being ‘frightening’ than ever before. The bench was hearing a case of automatic cognizance of the patients infected with Kovid-19 in hospitals and taking up the bodies with dignity. Solicitor General Tushar Mehta told the bench that the states would have to ensure that the guidelines and other standards are strictly implemented as “this wave looks more frightening than the earlier waves”. Taking note, the bench said, “Then there is a need to take strict steps.” Things have gone from bad to worse but no concrete steps are being taken. States have to rise above politics. All states will have to come forward to deal with it.

“Now drastic steps need to be taken,” the bench said. This is the appropriate time to take strict measures. There are policies, guidelines and standards for this, but it is not being implemented strictly. There is no will power to execute them. “When Mehta said that the states would have to strictly implement measures to deal with the situation, the Bench said,” Yes, otherwise the central government should be sufficiently vain Will go. “The Solicitor General said,” It cannot be ‘me’ vs. ‘they’. It will have to be ‘we’. “During the hearing of the case, the bench said,” We are witnessing the function of ceremonies and processions in which 60 per cent people do not have masks and 30 per cent masks are hanging on their faces. ” Huh.”

Mehta told the bench that the current wave of Kovid-19 seems to be more stringent than before and currently 10 states including Maharashtra, Kerala and Delhi contribute up to 77 percent of Corona virus infection cases in the country. The court will consider the matter further on December 1. On 23 November, the Court had submitted a status report to the Central Government and all the State Governments, directing them to explain in detail the steps they have taken to deal with the current corona virus condition. The apex court had said that there has been an increase in the cases of Kovid-19 in Maharashtra, the authorities would have to take steps and be prepared to face “an even worse situation” in December.