A virtual meeting was held on Friday between Defense Minister Rajnath Singh and Vietnam’s Defense Minister General Juan Lich. During this time there was discussion on strengthening relations between the two countries and increasing bilateral exchanges. 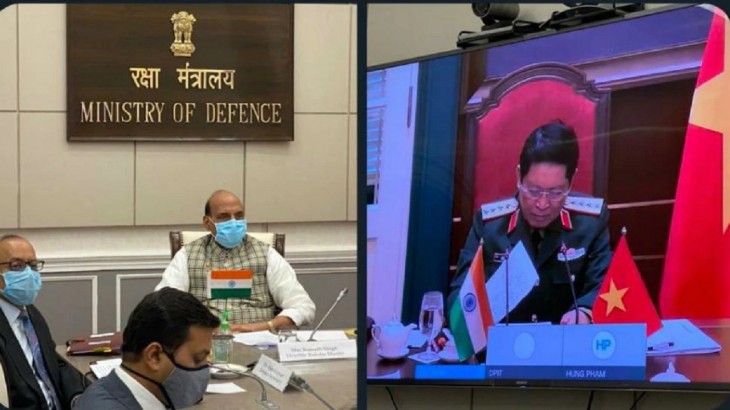 Between Rajnath Singh and General Juan Lich expressed satisfaction that defense exchanges between the two armed forces maintained a positive momentum despite the Corona situation. The two ministers discussed capacity building, training and cooperation in UN peacekeeping operations of the defense industry.

Defense Minister Rajnath Singh praised Vietnam’s innovative and successful leadership of defense-related incidents in ASEAN under the chairmanship of ASEAN despite the COVID-19 epidemic situation. During the Virtual Dialogue, the two countries signed an implementation arrangement between the Hydrographic Office for cooperation in the field of hydrography. The scheme will enable sharing of hydrographic data and assist in the production of navigational charts by both parties.

Apart from this, defense industrial cooperation has been a new center of discussion between the two countries. India has already expanded US $ 600 million defense systems to strengthen Vietnam’s domestic defense manufacturing. Both India and Vietnam are working against China’s aggression in the South China Sea along the Line of Actual Control in eastern Ladakh. Chinese ships are being prevented from entering the country’s economic zone. Both countries are responding together to China.

Along with this, the Vietnamese Defense Minister thanked the Indian Defense Minister for the assistance by the Indian Armed Forces in capacity building of the Vietnamese Defense Forces, especially in the area of ​​human resource development. General Juan Lich expressed India’s desire to increase the scope and level of training for the three services of the Vietnam Defense Forces in Indian Defense Institutions.