On behalf of Dawa, the terrorists have been issued a decree and asked to join this program. The infamous terrorist Hafiz Saeed is the leader of the Jamaat-ud-Dawa. 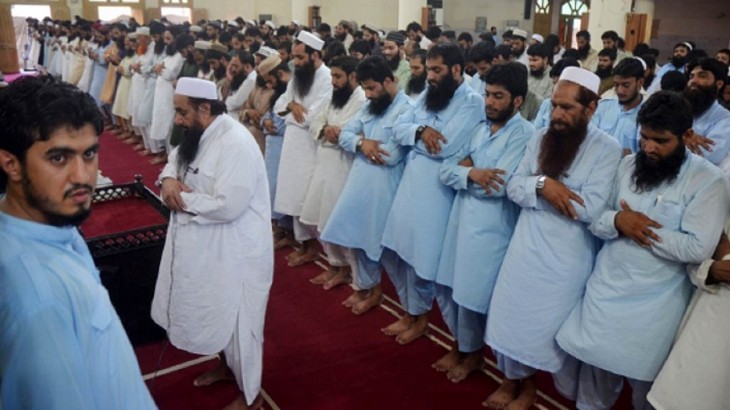 Pakistan’s Wazir-e-Azam Imran Khan and his army are probably walking on foot. On the one hand, they dismiss the facts from their nefarious land from financing the terror and supporting it. On the other hand, terrorists allow demons to do all that can be painful for India. The situation is that Pakistan has been repeatedly denying the conspiracy of its own or supported terrorist organizations in the attacks on Mumbai. It is a different matter that Pakistan’s terrorist organization Jamaat-ud-Dawa has today organized a special prayer meeting for the 10 terrorists killed in the Mumbai attack.

Jamaat ud dawa is organized
English newspaper ‘Hindustan Times’ quoted intelligence sources as saying that this meeting will take place in Sahiwal in Punjab, Pakistan, 12 years after the Mumbai attack. Jamaat-ud-Dawa is the political face of Lashkar-e-Taiba, a terrorist organization based in Pakistan. On behalf of Dawa, the terrorists have been issued a decree and asked to join this program. The infamous terrorist Hafiz Saeed is the leader of the Jamaat-ud-Dawa. This special meeting will be held in the mosques of the Jamaat. In this, a prayer will be made for the terrorists who killed 170 people in the 2008 Mumbai attack.

Saeed has $ 10 million reward
Explain that 9 terrorists were killed in Mumbai attack, while one terrorist Ajmal Kasab was caught alive. Kasab was later sentenced to death by the Supreme Court, after which he was hanged. India presented Hafiz Saeed as the mastermind of the Mumbai attacks by presenting evidence to the whole world. The United Nations Security Council has declared a reward of $ 10 million on Saeed.

Intent to increase separatism in the valley
Jamaat-ud-Dawa has also started a political forum called JK United Youth Movement under the aegis of Pakistan Deep State to support separatist activities in Jammu and Kashmir. There is a need to do this because Pakistani moves to surround India at the international level did not succeed. According to intelligence inputs, Zaki-ur-Rehman Lakhvi, the chief operation commander of Lashkar and the man behind his jihad wing, met Hafiz Saeed. The meeting took place at Saeed’s home in Lahore. In the meeting, there were talks related to financial assistance for Jihad.

Campaign to raise funds for Jihad
The people of the Jamaat met about 70 businessmen on 13 November in Markaj Aksa, Gujranwala. They were asked to help in Jihad for Kashmir. According to intelligence inputs, many such meetings have been planned at different places in Pakistan’s Punjab province. Jamaat / Lashkar Pakistanis want to create trouble in Kashmir by collecting money from land, it is clear. A meeting of the Jamaat cadre took place on 26 February in Lahore. In this, Saeed told the terrorists not to get upset with the cases filed against the leaders of the Jamaat. On November 19, a Pakistani court sentenced Saeed and his two special people to a total of 10 and a half years in prison in a terrorist funding trial.