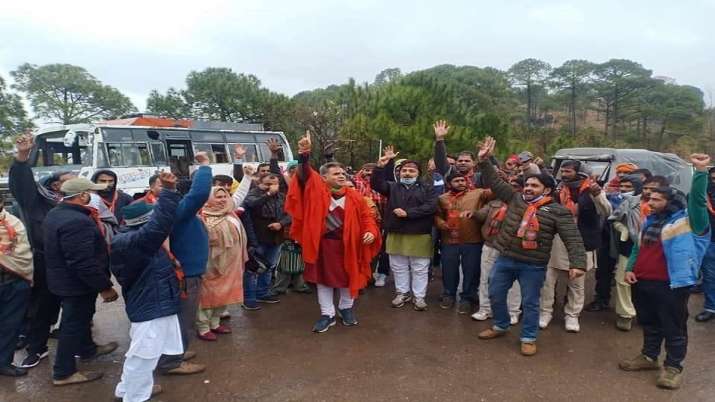 All about jammu kashmir district development council election. J&K: What is DDC, which is hot about Jammu and Kashmir’s politics


Jammu. History will be written once again in Jammu and Kashmir on 28 November, when the first vote for the District Development Council will be cast. This will be the first election in Jammu and Kashmir after the reorganization bill is passed, the special status withdrawn and the state converted to UT. In order to reduce the chances of any political maneuver in the DDC election, the Jammu and Kashmir Election Commission has decided to make the election a party symbol.

What is the District Development Council in J&K?

What is the secret of coalition politics?
The 7 political parties involved in the Gupakar coalition, including the National Conference, PDP, are fighting this election together. Though initially he wanted to stay away from the elections, but soon it was understood by all the parties that he would be out of the structure of governance and power if he stayed away from the election, which would also cause him trouble in the assembly elections.

What is the role of DDC?
The DDC was formed after the 73rd Constitutional Amendment of Jammu and Kashmir came into force. The Government paved the way for the establishment of all three levels of Panchayati Raj Institutions – Panchayat, Block Development Council and DDC. DDC will be responsible for formulating the development programs of the area under its authority. Five standing committees, one each for finance, development, public works, health and education, and welfare will now be set up in every DDC.

What is the problem with security?
It has been challenging to conduct elections several times in some parts of Kashmir Valley. Elections are a major challenge in the face of growing attacks against political activists. In the last few days, terrorists have specifically targeted BJP workers. So far this year, at least 17 political activists have been killed in Kashmir, 13 of whom belonged to the BJP.