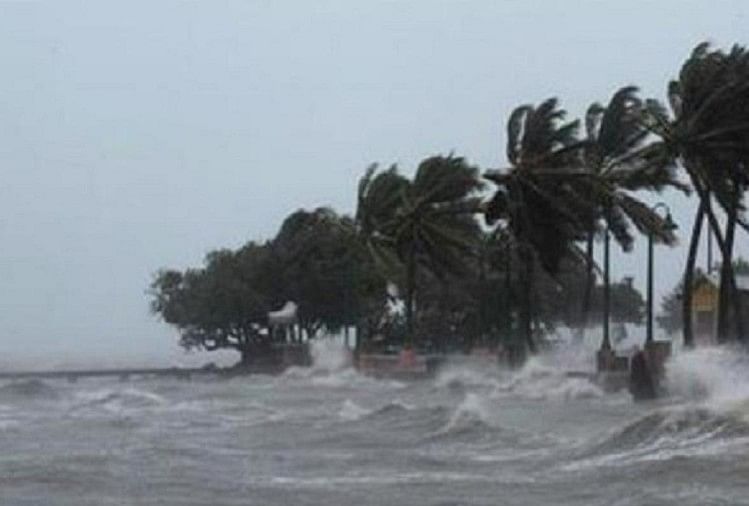 The area of ​​deep pressure over the Bay of Bengal has turned into a cyclone ‘Prevention’ and is expected to hit the coast of Tamil Nadu and Puducherry as a heavy storm on Wednesday. The administration of Tamil Nadu and neighboring Union Territory of Puducherry has been put on alert in the wake of the storm and precautionary measures including evacuation of people from vulnerable areas are being taken by the government.

The Meteorological Department said on Tuesday that ‘Nirvana’ could hit as heavy thunderstorms in the state of Mamallapuram, 50 km from Chennai and Karaikal coast of Puducherry on Wednesday late evening and during this time winds from 100 to 110 km per hour , Whose speed can go up to 120 kilometers per hour.

The department said that due to the impact of the storm on Wednesday, most parts of Tamil Nadu, Puducherry and Karaikal may receive rain. Heavy to very heavy rainfall may occur at some places.

Prime Minister Narendra Modi, after talking to Tamil Nadu Chief Minister K Palaniswami and Puducherry Chief Minister V Narayanasamy, inquired about the situation created by the storm and assured all possible help from the Center.

Meanwhile, rains started in several areas of Tamil Nadu and Puducherry from Tuesday and the staff of various state and central agencies including the National Disaster Response Force (NDRF), Coast Guard, Fire Department have been deployed to deal with any situation. .

In the wake of the storm, Tamil Nadu and Puducherry have been declared a public holiday on Wednesday and public transport has been postponed.

Tamil Nadu Chief Minister Palaniswami told reporters that tomorrow there will be a general holiday in the state, but personnel related to essential services will work.

Puducherry’s Industries and Revenue Minister MOHF Shah Jahan said that all government offices will be discharged on Wednesday and all steps are being taken to protect the people. He said that in the wake of the storm, all the establishments except the shops of essential items like medicine, milk will be closed from Tuesday to Thursday at six in the morning.

Shah Jahan said that the fishermen who went fishing in the sea from Karaikal on 30 boats are not in contact and efforts are being made to bring them back with the help of Coast Guard. The storm protection system has been activated at the Madras nuclear power plant, about 20 km from Mamallapur.

Director of Indira Gandhi Center for Atomic Research M Srinivas said that the plant is functioning normally and it is expected that it will continue to work successfully even when the Preventive Storm passes the coast.

Palaniswami said that 4,133 unsafe places have been identified in the state and district magistrates have been asked to ensure safety of the people in those areas. He said 3,146 storm shelter camps have been built.

At the same time, the Coast Guard has kept four patrol vessels and two helicopters ready to deal with any situation. Visakhapatnam also has 15 teams and three donier aircraft ready. The Southern Railway has suspended 12 trains.

Officials said that the reservoirs are constantly being monitored and people living in low places are being taken to a safe place.