Congress leader P Chidambaram said that the Congress party opposes the proposal of the BJP government to allow corporate and business houses to enter the banking sector and establish banks. 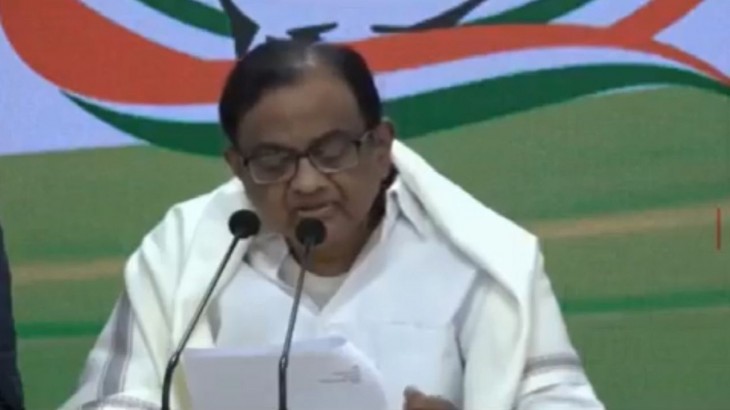 The Congress Party has welcomed the statements of Dr. Raghuram Rajan and Dr. Viral Acharya. Congress leader P Chidambaram said that the Congress party opposes the proposal of the BJP government to allow corporate and business houses to enter the banking sector and establish banks.

P Chidambaram, who was the Finance Minister, said that on the basis of a report by the RBI Internal Working Group (IWG), the proposal has been written at the behest of the Modi government. This proposal, along with some other recommendations, is part of an intensive game plan to control the banking sector. If this proposal is implemented, it will completely reverse the huge gains made to get the banking sector out of the clutches of business sectors in the last 50 years.

He further said that the bank funds belong to the depositors who are the people of this country. In proportion to total deposits, the equity of a bank is minuscule. The total deposits in the banking industry is of the order of Rs 140 lakh crore. If the business houses are allowed to have their own banks, they will control a very large amount of the nation’s financial resources, with a small equity investment. This should not happen and the Congress will do its best to ensure that this will not happen.

He said that the Congress party condemns this proposal and demands that the government come forward and declare that there is no intention to pursue this proposal. We call on all the people of India and all political parties and trade unions to oppose corporates and business houses to enter the banking sector and establish banks.

Here,: Raghuram Rajan and Viral Acharya have criticized the recommendation to allow Indian corporate houses to set up banks. He called the suggestion a bad ID. The Internal Working Group (IWG) of the Reserve Bank of India (RBI) recently recommended that corporate houses be allowed to set up banks. With the proposed change in the banking sector, it was said to allow it.

Two former central bankers criticized the RBI working group’s recommendation that the recommendation to allow corporates in the banking sector is like a bomb. They have said that it is always difficult to understand those connections when they become part of the industrial family. He said that allowing corporate houses to open banks will gather more economic (and political) power in the hands of certain business houses.