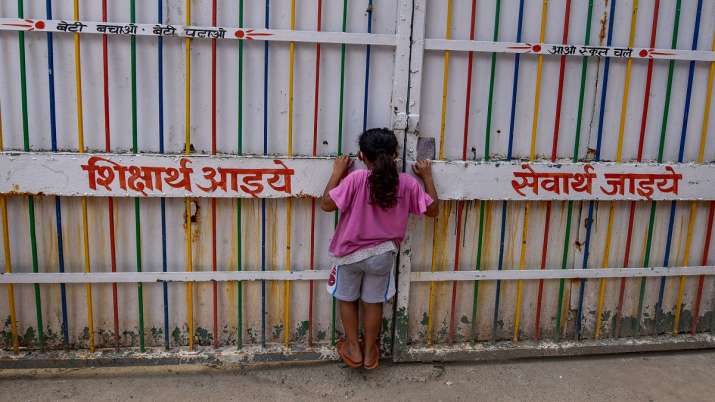 
new Delhi. Corona cases have increased once again in many states in the country. In these conditions, administrations in various states are taking precautionary steps. Amidst the ever increasing corona cases, a news channel news claimed that the Home Ministry has decided to close schools and colleges by 31 December. Since then, parents and students are in a state of confusion. The government has described this claim made by the news channel as completely fake and baseless.

Classes of class X and XII started appearing in Goa schools from Saturday.

Goa’s schools, which have been closed for nearly eight months due to the Corona epidemic, have started classes for classes X and XII from Saturday. Officials said that the state government has directed schools to strictly follow Kovid-19 Standard Operating Procedure (SOP) such as thermal screening of students, washing hands, wearing masks, following social distance rules in classrooms . The government had allowed the tenth and twelfth classes to be started from November 21 in the initial phase of reopening the schools.

Schools will not open in Karnataka in December
The Karnataka government decided on Monday not to open schools in December in view of the situation in Corona. A high level meeting was held under the chairmanship of Chief Minister BS Yeddyurappa regarding the reopening of schools. It was decided that a further meeting in this regard will be decided in the third week of December.

Yeddyurappa said, “It was the opinion of all the educational experts, the health department, to decide at the end of December to open schools and intermediate colleges. This is not the right time as cases of Kovid-19 are increasing and students are affected Can be. “

The schools have been closed since the national lockdown was implemented in March.

The Chief Minister said that degree and engineering colleges were opened on November 17 but even five percent students are not coming to the class. Earlier, the Technical Consultative Committee for Kovid-19 in Karnataka had recommended the state government not to open schools in December. The Technical Advisory Committee (TAC) meeting held on Kovid-19 on Sunday said, “After extensive deliberations, it was unanimously decided not to recommend opening of schools in December”.