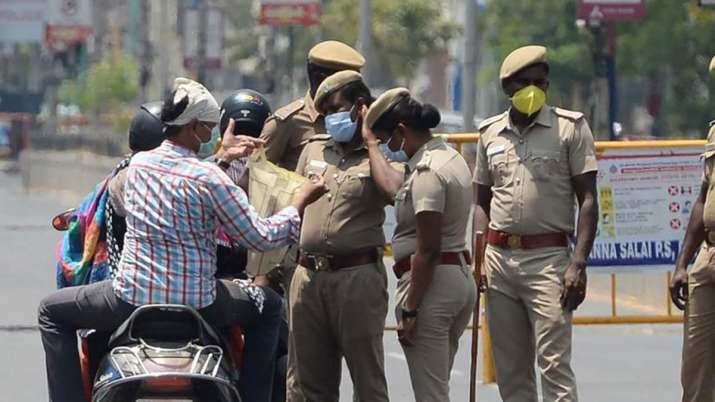 
new Delhi: In view of the rapid rise in cases of corona virus, administration in different cities of the country has started implementing the rules more strictly than before. Along with this, some new restrictions are being imposed in these cities. While Delhi and Noida have restricted the number of guests coming to weddings, states like Rajasthan, Madhya Pradesh and Himachal Pradesh have again started imposing night curfew and Section 144.

2000 rupees fine for not wearing mask in Delhi

Corona virus cases have increased rapidly in Delhi in the last few days. In such a situation, the government has started showing more vigor here than before. Now a fine of Rs 2 thousand is being imposed for not wearing masks in public places in Delhi. In addition, a maximum of 50 people have been allowed to participate in weddings and other social functions. Strict surveillance is also being done in the capital markets of the country. Apart from this, a fine of Rs. 2 thousand is also being imposed on the consumption of tobacco, spitting in public places and smashing of social distancing.

Restrictions imposed in Maharashtra and Gujarat as well
Many restrictions have also been imposed in cities of Maharashtra and Gujarat. BMC has announced that all schools in Mumbai will remain closed till 31 December 2020. At the same time, schools under BMC will also be open only next year. On the other hand, there will be complete curfew in Ahmedabad in Gujarat from 9 am on Friday night to 6 am on Monday. During this time only milk and medicines shops have been allowed to remain open.

Section 144 implemented in Jaipur, night curfew in many cities of Rajasthan
Section 144 has been implemented in Rajasthan capital Jaipur till December 20. At the same time, night curfew has been imposed in Jaipur, Jodhpur, Kota, Bikaner, Udaipur, Ajmer, Alwar and Bhilwara. Markets, restaurants, shops and other business establishments in the province have been ordered to be closed from 7 pm, and night curfew will be imposed in these cities from 8 am to 6 am. A maximum of 100 people are allowed to attend weddings and other social events. At the same time, the penalty for not wearing a mask has been increased from Rs 200 to Rs 500.

Even strict rules in Madhya Pradesh, classes up to 1-8 will not run
In view of the rising outbreak of Corona virus, Madhya Pradesh has also implemented strict rules. Night curfew has been imposed in Indore, Bhopal, Gwalior, Ratlam and Vidisha from November 21. At the same time, schools from class one to class 8 have been closed till further orders. At the same time, schools and colleges above this can run as per the current instructions. The cinema hall has also been permitted to run with a capacity of 50 percent.

All schools will be closed till 31 December in Himachal Pradesh
All schools and colleges in Himachal Pradesh will remain closed till 31 December. Apart from this, night curfew will be imposed in Shimla, Mandi, Kangra and Kullu districts from 8 am to 6 am. Till 31 December, only 50 percent of the third class IV government employees will remain in the offices. As many as 200 people have been allowed to gather at public events. At the same time, the penalty for not wearing masks in public places has been increased to Rs 1000.

All schools in Haryana closed till 30 November, less wedding guests in UP
In Haryana, all the schools have been closed till November 30 after 174 students and 107 teachers were found positive. At the same time, in Uttar Pradesh, the maximum number of people in mass activities like marriage, marriage, religious work etc. has been reduced from 200 to 100.