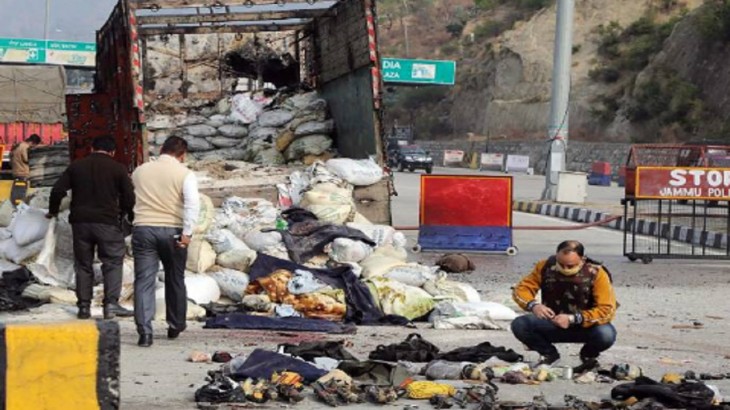 After decrying the nefarious intentions of Pakistan-backed Jaish-e-Mohammed militants in Nagrota, India has now started campaigning to bring the nefarious role of Pakistan to the whole world. The evidence left by the terrorists killed in Nagrota attack and the evidence that Indian intelligence agencies have recovered is being brought before all the countries of the world. Foreign Secretary Harsh Shringla has taken command of this effort himself. In this episode, he provided information about the conspiracy of Nagrota attack to the ambassadors based in New Delhi of four permanent members of the United Nations Security Council (UNSC). The Ambassador of China was not included in this briefing.

Information being given outside Kovid
Sources in the Ministry of External Affairs say that negotiations with foreign missions have been largely limited to the Kovid epidemic in recent times, but given the sensitivity of the Nagrota attack conspiracy, India shared all this information with other countries. Used to be. Due to Kovid, briefing is being given to foreign diplomats in small groups. The Foreign Secretary has given briefings to diplomats of America, Russia, Britain and France, while other secretaries are providing information about this to the diplomats of their region. The effort is that more and more this information is shared with the international community.

Also read: Brahmos Missile will destroy China in the blink of an eye, test successful

Every small and big information is being shared
India is providing every little big information related to the plot of Nagrota attack, such as how the terrorists entered Kashmir, how they had weapons and how they had contacts with Pakistan. India is also telling how the weapons and other equipment that the local police and intelligence agencies have captured are telling that the slain terrorists had relations with the Pakistan-based terrorist organization Jaish-e-Mohammed. According to the above sources, the complete preparation of the slain terrorists was to carry out a major terrorist attack in India, like the Pulwama attack in February 2019. Due to this attack, the terrorists wanted to destroy the democratic process going on in the Union Territory of Jammu and Kashmir, and also wanted to give a message on the anniversary of the 2008 Mumbai attack.

Briefing given to other countries
All missions and ambassadors are also being told how the success of such a terrorist attack can have serious consequences. And how Pakistan is retracting its promise to the international community and there is no way of promoting cross-border terrorism. Let us tell that two days ago, India summoned the acting High Commissioner of Pakistan and summoned the Foreign Ministry and reprimanded him for being in Pakistan’s hand in this terrorist attack. It is worth remembering that last Thursday, the Indian security forces killed four terrorists in Nagrota.

Masood Azhar is conspiring
The way the highly trained four terrorists in Nagrota have been infiltrated by Pakistan, Indian intelligence agencies are seeing the hand of Masood Azhar, the leader of Jaish-e-Mohammed. Pakistan has kept a complete silence regarding where Masood Azhar is now. Ever since Azhar has been declared an international terrorist by the United Nations, there has been no news of his discovery in Pakistan. Till then, there were reports in Pakistan’s media about its Bahawalpur mosque, but now no information about it is leaked anywhere. It is believed that Azhar, along with his brother at the instigation of the Pakistan Army, is busy preparing a new group of terrorists who attack in Kashmir.