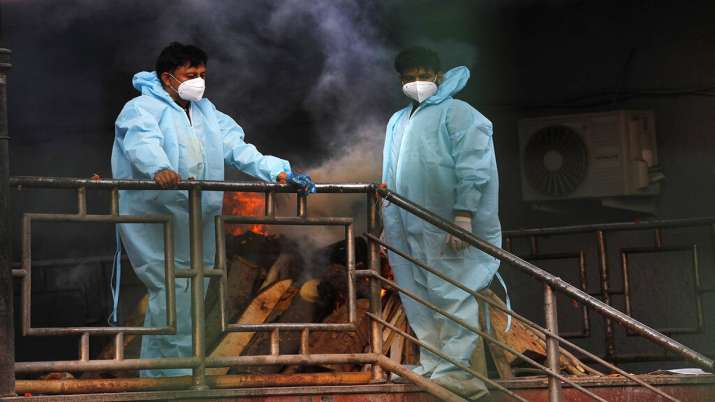 Jain said, “The burning of stubble in the midst of the Kovid-19 epidemic greatly increased pollution and was like a double attack. Since the pollution due to burning of straw is reduced, the death rate will also be reduced in the next few weeks.

Corona will be examined in Delhi for Rs 499

A mobile laboratory has been arranged in the city of Delhi which will conduct RT-PCR test for Rs 2,400 for detection of corona virus infection at private centers in the national capital for Rs 499. The Delhi government has instructed private hospitals and nursing homes that if there are patients on beds reserved for corona patients in ICUs and general rooms, who are not infected with the corona virus, then they are kept empty after being discharged from the hospital Go The government has directed 90 private hospitals to keep 60 percent of their total beds and 42 private hospitals to reserve 80 percent of beds in ICU for Kovid-19 patients.

Union Home Minister Amit Shah inaugurated the mobile RT-PCR test laboratory in the capital Delhi on Monday, through which Kovid-19 can be tested for just Rs 499 and results can be obtained in six hours. The mobile RT-PCR test laboratory has been started with the joint effort of the government and ‘Spice Health’. It may be noted that the Central Government had to intervene after the sudden increase of cases of Kovid-19 in Delhi.

5 killed every hour from Corona
In the last 24 hours, at least five people died due to Kovid-19 in Delhi on an average every hour, while an average of 21 people died every hour during this period across the country. This analysis was done on the basis of data from the Union Ministry of Health, which gives the total number of deaths in the country and all the states and union territories due to Kovid-19 in the last 24 hours.

On Monday, 4,454 new cases of corona virus infection were reported in Delhi and the rate of people getting infected was 11.94 percent and after the death of 121 more patients, the total death toll increased to 8,512. The Delhi Health Department said in the latest bulletin that a total of 37,307 samples were tested on Sunday out of which 18,046 samples were RT-PCR tested.