Senior leaders have access to party leadership, they should reach out to them. They should avoid speaking in public. 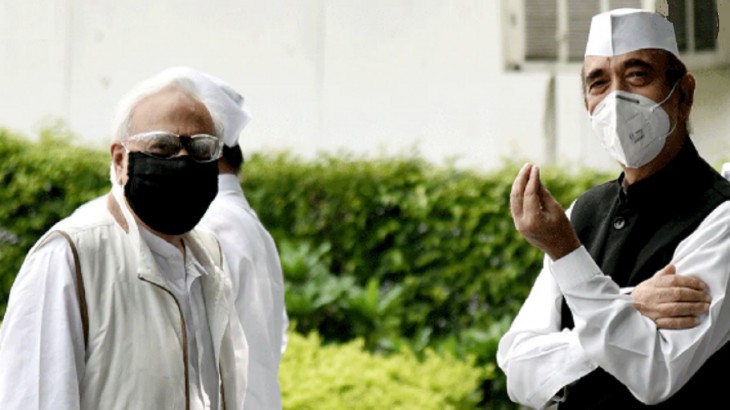 The Congress has launched a counter attack against senior leaders who have made public statements about the party. Congress spokesperson Pawan Kheda, taking a recent statement by senior Congress leader Ghulam Nabi Azad, said that senior leaders should not talk in public forums about the internal functioning of the party and they should also imbibe the advice they are giving . Pawan Kheda also said that if these leaders have any suggestions, then the Congress is ready to listen to them, but they should put their point on the party’s platform.

He said, ‘Senior leaders have access to the party leadership, they should reach out to them. They should avoid speaking in public. Kheda said that Ghulam Nabi Azad, who is pushing for the CWC elections, is a nominated member of the CWC, who can pick up the phone and call anyone instead of making a public statement. In fact, questions are being raised on the Congress on behalf of its leaders about the defeat of the Grand Alliance in the Bihar by-election. Kheda said, “I hope the senior leader will set the best example.”

Let me tell you that in the past, senior party leader Kapil Sibal also raised questions about the leadership of the Congress and the performance of the Congress in Bihar. He has also said that the Congress party has been working for a long time without a president. After this, senior leader Ghulam Nabi Azad has also recently questioned the strategists of the party. He has said sarcastically that elections are not fought by sitting in five star hotels. Azad has questioned the leadership and functioning of the party and demanded that the party should hold elections to strengthen the organization and make it more responsible.

Rejecting allegations of rebellion against dissidents, Azad, the leader of the opposition in the Rajya Sabha, said, “We are reformists and want a revival of the party.” Azad said that elections should be held at different levels of the party, so that people become responsible and work for the party. He also said that the party should be more active at the ground level during the elections. Sibal has also expressed concern about the party organization. He has said that he is compelled to speak publicly, as there is no forum in the party to discuss the issues of the party. He said that Congress needs skilled and senior leaders to manage the elections.