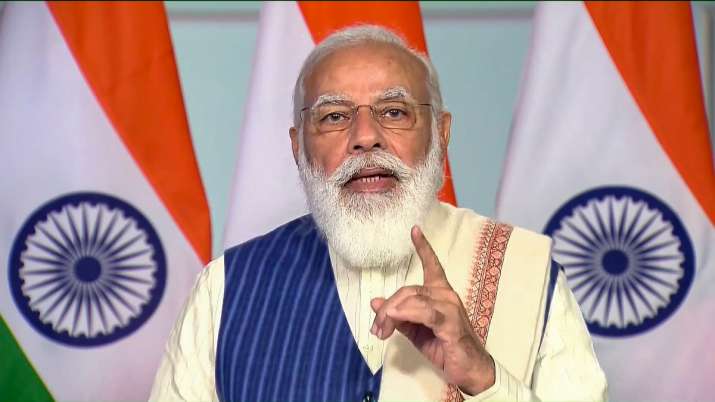 Will lockdown happen again? PM Modi to churn with Chief Ministers on Corona on Tuesday


new Delhi: While there is an increase in the cases of Corona virus in the country, there is also good news about the Corona virus vaccine. There are many states in the country where the spread of the virus is very high. In such a situation, to stop the spread of virus, then lockdown or other steps will be discussed on Tuesday. Prime Minister Modi will hold a meeting with Chief Ministers on Tuesday regarding the situation and vaccine distribution of Corona.

In the meeting held by the Prime Minister on Friday on the Corona vaccine, the groups who will be given the vaccine are the first to be publicized. However, it is a matter of relief that for the last few weeks the number of new corona cases in the country is less than 50 thousand.

The number of people under treatment in the country for 13 consecutive days is less than half a million. According to statistics, 4,43,486 people are currently undergoing treatment in the country, which is 4.85 percent of the total cases. The recovery rate of patients in the country is 93.68 percent. The death rate from Kovid-19 is 1.46 percent. In India, the number of infected had crossed 20 lakh on 7 August, 30 lakh on 23 August and 40 lakh on 5 September. At the same time, the total cases had crossed 50 lakh on 16 September, 60 lakh on 28 September, 70 lakh on 11 October, 80 lakh on 29 October and 90 lakh on 20 November.

Hearing the Corona case, the Supreme Court has asked the government of Delhi, Maharashtra, Gujarat and Assam to file a status report within 4 weeks. The Supreme Court has said that the states in their status report should explain what steps they have taken and are going to take to prevent corona, the court has also asked the states to also state in the status report what they should ask the Center needs help. A bench headed by Justice Ashok Bhushan has drawn Delhi and Gujarat for the worsening situation in Corona.

Among these four states, Maharashtra has the most active cases of corona virus where 82521 active corona cases have been registered till Monday morning, followed by Delhi with 40212 cases, then Gujarat with 13600 cases and Assam with 3142 cases. In recent times, new cases of corona have started increasing in many states of the country and the situation is looking more serious than before.