Buoyed by the success of breaking up two big leaders of Tamil Nadu’s main opposition party DMK in six months, the BJP is eyeing other disgruntled leaders. 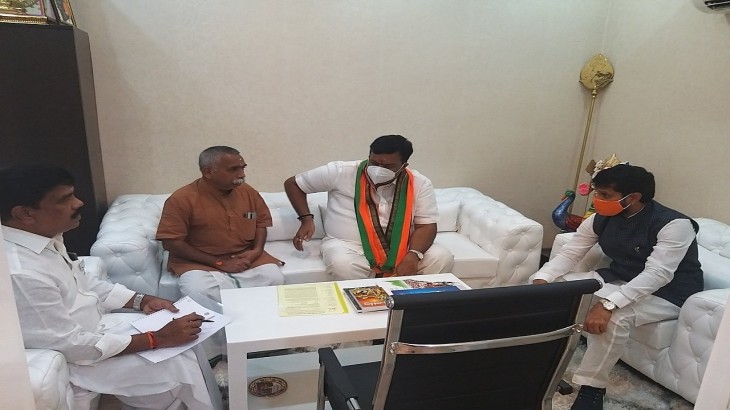 The BJP is busy expanding the organization in view of the assembly elections due in Tamil Nadu next year. Encouraged by the success achieved in breaking up two big leaders of Tamil Nadu’s main opposition DMK in the last six months, the BJP is eyeing other disgruntled leaders. BJP has appointed National General Secretary CT Ravi on this front. CT Ravi, in-charge of Tamil Nadu has created a political stir in the state by joining the BJP of former DMK MP Dr. KP Ramalingam on November 21. Earlier, in May, VP was removed from the post of DMK Deputy General Secretary. Duraisamy joined the BJP. A senior BJP official told that some more DMK leaders may join BJP in the coming time.

Ravi will cash in on discontent within DM
Resentment of leaders is going on inside the DMK for two main reasons at the moment. Some leaders are worried about the increasing dominance of party chief Stalin’s son Udhayanidhi in the DMK. Stalin is constantly promoting his son Udhayanidhi. Sources say that some senior party leaders are angry with this. DMK’s Youth Wing is handed over to Udhayanidhi. Recently, Udhayanidhi prepared a 100-day outreach program for the DMK. For this, 15 senior leaders were entrusted with the responsibility. However, the concerned leaders were told about this program at the last moment. Senior leaders believe that the Udhyayanidhi do not believe much in making general opinion in decisions related to the organization.

However, ‘Skylab’ leaders in AIDMK rage
A section of the party is also troubled by the defecting leaders getting a place in the organization. Former party leaders Raja Kannappan, Dr Vijay and Dr Laxmanan coming from AIADMK are angry with Stalin for getting important responsibilities in DMK. The ruling AIADMK has decided to enter the 2021 assembly elections in Tamil Nadu in alliance with the BJP. Here in Tamil Nadu, BJP has started giving edge to Hindutva agenda. On the one hand, AIADMK has the support base, on the other, the BJP has a growing influence. Due to this, many DMK leaders feel that it may be beneficial to contest on a BJP ticket due to the alliance. In such a situation, DMK leaders willing to contest elections can come to BJP.