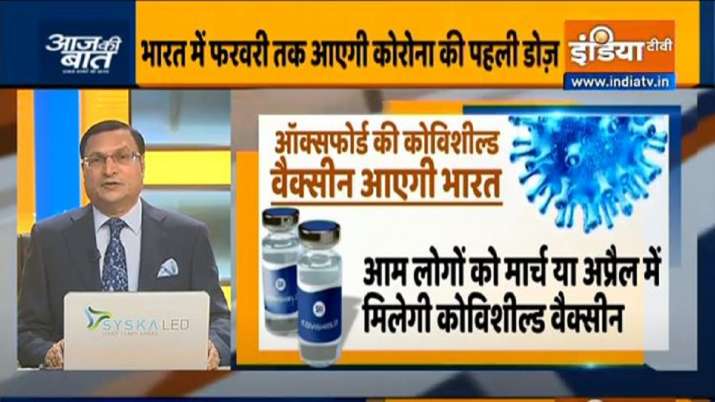 According to research interim data, the Corona vaccine of Oxford is 70% effective and if other doses are taken, its effectiveness increases to 90%. The great thing is that the Corona vaccine that Oxford University is developing will be the cheapest vaccine in the world. Today the university said that its scientists have made an important step towards providing low-cost covid vaccine to the world. It is expected that by the end of next year, this vaccine will be provided to 3 billion people of the world.

A freezer will not be required to hold this vaccine. It can also be kept in a 2 to 8 degree temperature in the fridge, so there is no need to change the existing health infrastructure to preserve, store and transport the vaccine. No new arrangements will have to be made, according to Oxford University, the trial of this vaccine was done at around 23,000 volunteers and the results were positive.

Oxford University, which will develop the Covid vaccine, will be produced in India by the Serum Institute of India. After the announcement of Oxforce University, the CEO of the Serum Institute, Adar Poonawala, also said that Oxford University’s “covishield” is a low-cost vaccine. It is also much better logistically. There is no need to make special arrangements to keep this vaccine safe, so this vaccine can be easily delivered to the people.

Let me tell you that according to the information revealed so far, a person will have to take 2 doses of this vaccine and the cost of 2 doses will be around one thousand rupees. According to Poonawala, the first dose of the vaccine will be given to health workers, corona patients and elderly people in February. Whereas the common people will have to wait till March or April for Kovishield. However, it is not the case that 135 crore people of the country will get the vaccine only in March-April.

Given the claims made by Oxford University and Serum Institute of India about the vaccine, it is almost certain that the corona vaccine will be introduced in the market early next year. This is the reason why the government has also started preparations for the distribution of the vaccine. Prime Minister Narendra Modi had a high-powered meeting on 20 November.

In the meeting held by the Prime Minister on Friday on the Corona vaccine, the groups who will be given the vaccine are the first to be publicized. However, it is a matter of relief that for the last few weeks the number of new corona cases in the country is less than 50 thousand. In the last 24 hours, 45 thousand 209 new cases of corona were reported, but states like Delhi, Maharashtra, Kerala, Andhra Pradesh, Gujarat, Rajasthan, Karnataka and Madhya Pradesh have raised concerns. Here again the jump is being seen in the cases of Corona. This is the reason why states like Gujarat, Madhya Pradesh and Rajasthan have taken measures like night curfew to overcome corona. All these issues will be discussed in the meeting with the Prime Minister tomorrow.