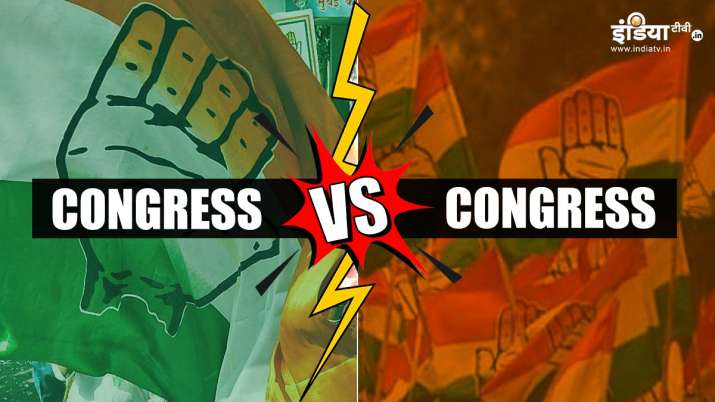 Congress is divided into 2 factions? Know who is with Sibal-Ghulam Nabi Azad and who is against


new Delhi. Due to the kind of discord that has spread within the Congress party, it seems that the party has been divided into 2 factions. One section is of 23 senior Congress leaders who wrote a letter to the party’s last president in August for change within the party and the other section is of those leaders who have stood up against those who write the letter. In the latest development, Kapil Sibal and Ghulam Nabi Azad, who wrote letters, have again created a panic by making statements in the media and on the other side there are those who are again targeting those who write letters.

Rhetoric is getting better

During a recent interview, Kapil Sibal had questioned the central leadership that the party has been working without a president for one and a half years and if the party workers want to put their point in front of someone, then who should put it in the Lok Sabha Party leader Adhir Ranjan Chaudhary said that Sibal is not our leader. After this, Ghulam Nabi Azad said that a 5-star culture has been born inside the Congress party and the party leaders’ connect with the workers has ended. On this statement of Ghulam Nabi Azad, Adhir Ranjan Chaudhary said that those who talk about 5 star culture have moved forward with the help of this culture. Overall, it seems that the Congress party has split into 2 factions.

Against those writing letters?

At the same time, the other section is of those leaders who questioned the leaders who wrote letters and there are people close to Rahul Gandhi and Sonia Gandhi in this section. During the Congress Working Committee meeting held in August, the most objection to writing the letter was expressed by party leader Ahmed Patel, at present, Ahmed Patel is undergoing corona treatment. Apart from Ahmed Patel, Manmohan Singh, Adhir Ranjan Chaudhary, Randeep Surjewala, KC Venugopal, AK Antony, Ajay Maken, Ambika Soni and Sanjay Nirupam had also raised strong objection to the leaders writing the letter. Apart from these, all the Chief Ministers of the Congress ruled states and all the State Congress Presidents had also questioned the authors of the letter.

this ‘Civil war’ End of where?

In this civil war that broke out in the Congress Party, there are many leaders who are yet to stand with any faction. But all the leaders believe that this civil war that broke out in the party is dampening the enthusiasm of the party workers. The party has lost two Lok Sabha elections in a row and the Congress has also suffered defeat in the assembly elections in many states, the party’s performance in the recent Bihar assembly elections has been very disappointing.