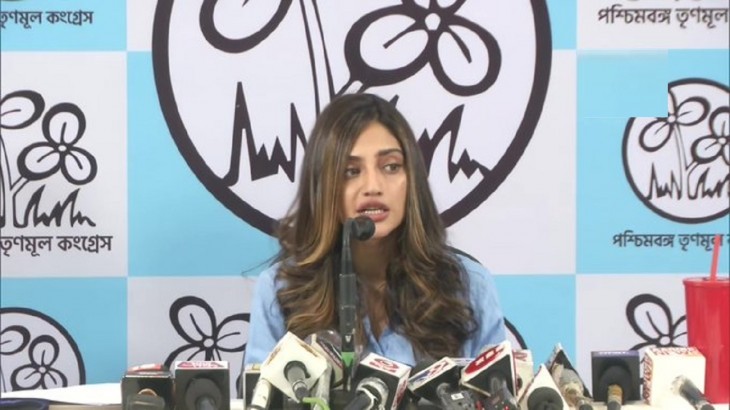 Assembly elections are due in West Bengal next year. Preparations for this have already started. The BJP is claiming to form the government in West Bengal this time, on the other hand the Trinamool Congress (TMC) has already started campaigning. The issue of love jihad has been overshadowed all over India these days. In West Bengal too, the BJP is raising this issue, on which the counterattack of TMC has surfaced. TMC MP Nusrat Jahan held a press conference at the party office. In this, he raised the issue of love jihad.

While discussing Love Jihad, Nusrat Jahan said, ‘Love is a personal matter and in such a situation, jihad cannot be done with him. Love and Jihad cannot be together.

He further said that we never divide anyone on the basis of religion, caste, people should avoid such issues and religion should not be part of anyone.

Nusrat Jahan said that just before the election, people come with such topics. It is a personal choice that you want. Stay in love and start falling in love with each other. Do not make religion a political tool.

Love is very personal. Love & jihad don’t go hand-in-hand. Just before polls, people come up with topics like this. It is a personal choice who you want to be with. Be in love & start falling in love with each other. Don’t make religion a political tool: TMC MP Nusrat Jahan pic.twitter.com/LY5ggaAMXa

Please tell that love jihad has been in the headlines for the past few days. In many BJP-ruled states like UP, Madhya Pradesh, Haryana, there is talk of making laws regarding love jihad. In Bihar too, there is a demand from the Nitish government to enact a law on love jihad.

Significantly, elections are to be held in Bengal around May 2021. BJP and TMC face each other. Election campaign has already started from both sides. Many big leaders of BJP are staying on Bengal tour. Where Amit Shah had spoken of forming a government in Bengal recently. On Monday, Mamta Banerjee said that she will come to power again in Bengal.