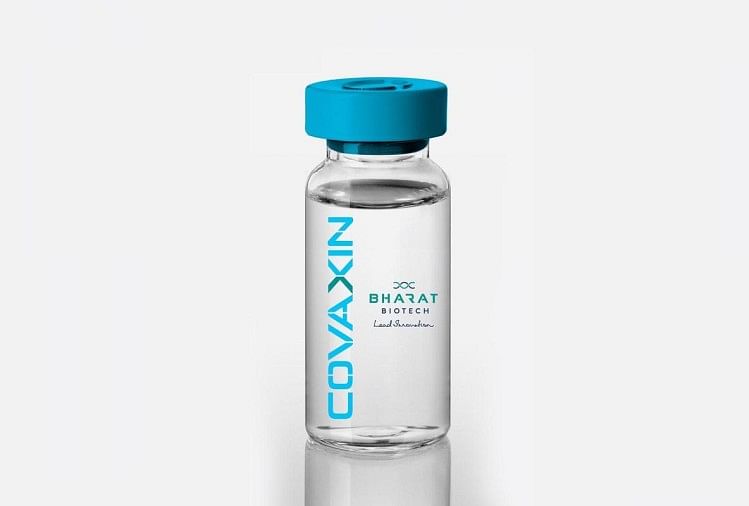 The indigenously developed Kovid-19 (Corona virus) vaccine may be available to the general public in the month of February. Union Health Minister Harsh Vardhan on Sunday said that the final trials of local Kovid-19 vaccine ‘Kovaxin’ will be completed in the next one or two months. With this, the possibility of soon becoming available corona vaccine in the country with the second highest number of infections in the world.

The Health Minister once again reiterated in a virtual conference that the government has prepared a plan to give vaccine doses to 20 to 25 crore Indians by July. Earlier on Thursday, Harshvardhan had said that the vaccine would be ready in the next three to four months.

However, the India biotech company, which is developing Kovacsin, has expected the vaccine to be available in the market by June. The World Health Organization, the United States Food and Drug Administration and the Controller of Medicines had allowed respiratory disease vaccines to be at least 50 percent effective, said Sai D Prasad, the company’s head of quality operations. The company has set a target to make kovaxin up to 60% effective. It may also be higher than anticipated. Testing has shown that vaccines are less likely to be less than 50 percent effective. In fact, the World Health Organization says that no vaccine can give 100 percent relief from the corona virus. Even if 50 percent relief is given, that vaccine can be allowed, however, the vaccine cannot be approved if it is less effective.

Earlier, a senior scientist from the Indian Council of Medical Research (ICMR) had claimed to have launched the vaccine earlier this month in February or March. Bharat Biotech is developing Kovaxin in collaboration with ICMR and the National Institute of Virology (NIV). Phase III trials of the vaccine have been started this month, with 2600 volunteers participating.

This has been claimed by Bharat Biotech, a manufacturer of indigenous vaccine covoxin. Earlier the effects of the vaccine were being reported up to 90 percent. However, now after the completion of the two-stage test, the company has reported 60% success among the people taking the vaccine. After completion of the first phase of testing, the company had declared 90 percent success.

The vaccine is produced by Bharat Biotech in collaboration with the Indian Council of Medical Research (ICMR) and the National Institute of Virology (NIV).

“The World Health Organization, the United States Food and Drug Administration and the Controller of Medicines approved the respiratory disease vaccine when it was at least 50 percent effective,” said Sai D. Prasad, head of quality operations, Bharat Biotech. The company has set a target of around 60% effectiveness of the Corona vaccine. It may also be higher than anticipated.

Third trial starts, 26 thousand people will be vaccinated
A thousand people were given vaccine doses during these two phases. Earlier this month, the company started a third trial, under which 26,000 volunteers would be vaccinated at 25 centers across the country. This is the largest test in the country to make the corona virus vaccine. During the trial all volunteers will be monitored until early next year. They will be given two intramuscular injections every 28 days. The third phase data will be available by the first quarter of 2021. After this, approval will be taken to release the vaccine.

Aircraft and airports ready for fast delivery of Kovid vaccine
Flights and temperature-controlled areas are being kept ready at major airports in India to carry the Kovid-19 vaccine rapidly. The air transport operators have also started preparations.

Chhatrapati Shivaji Maharaj International Airport in Mumbai is said to be the largest ‘Pharma Gate’ in the country, where medicines are transported. Operators will be able to change the flight date and time of need for transporting vaccines here. The entire truck loading and loading areas, X-ray machines and unit load devices will be active here.

At the same time, 1.5 million tonnes of cargo is transported annually from the two cargo terminals at Delhi International Airport. Chambers made to store goods at temperatures below minus 20 degrees are also being kept ready keeping in view the transport of Kovid vaccine.

Blue Dart has six 757 Boeing cargo carriers, among the various air cargo operators. He is also preparing to deploy charter aircraft when needed. In view of the special needs of vaccines, it has set up its own special pharma-condition store rooms in Mumbai, Chennai, Hyderabad, Ahmedabad, Pune, Kolkata, Delhi and Bangalore.

Lockdown possible in Maharashtra, Deputy Chief Minister said, will take a decision in 10 days
Every day 5 to 6 thousand patients are coming to Corona in Maharashtra. It is feared that the Maharashtra government may announce a lockdown for a few days again for complete control of the corona.

However, state Deputy Chief Minister Ajit Pawar has yet ruled out any such possibility. He said, during Diwali, a huge crowd was seen across the state. A similar crowd was seen during Ganesh Chaturthi. We are talking to the departments concerned. At the moment, we are monitoring the entire situation. We will now review the situation for 8-10 days and after that a decision will be taken to impose lockdown.

Center will send high level teams in UP, Himachal and Punjab
The central government will send high-level teams to Uttar Pradesh, Punjab and Himachal Pradesh. Their job will be to help the states to deal with the Kovid-19 epidemic. On Sunday, the government said that the number of active cases in these states is either high or increasing rapidly. The three-member teams will go to the districts where more cases are found suddenly.

Its function will be to limit infection, to guide monitoring, screening and follow-up. Earlier, the central government has already sent such teams to Haryana, Rajasthan, Gujarat, Manipur and Chhattisgarh.