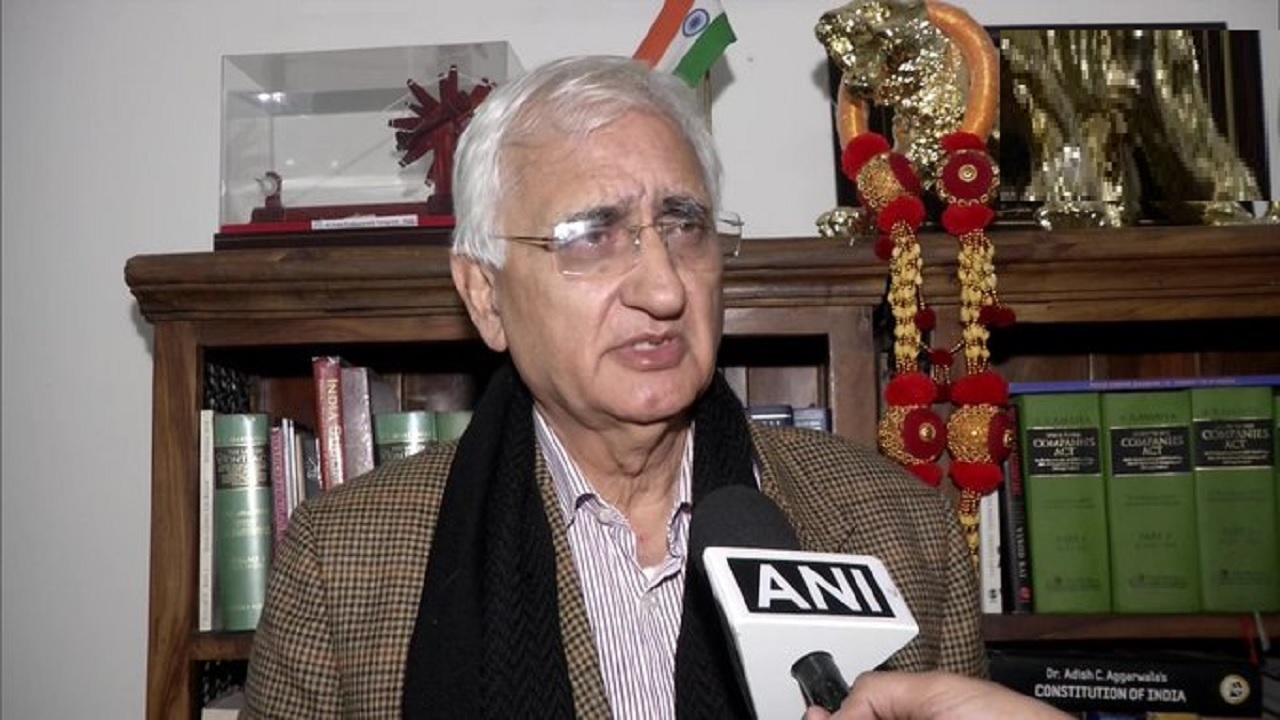 Amid some leaders criticizing the top leadership of the Congress after poor performance in the Bihar Assembly elections, senior party leader Salman Khurshid on Sunday said that there is no leadership crisis in the party and for Sonia Gandhi and Rahul Gandhi in the party Everyone who is not blind can see the whole cooperation. Khurshid, one of the leaders considered close to the Gandhi family, said that there is enough platform available in the Congress to put forth ideas and it hurts by expressing views outside the party. Senior leadership Kapil Sibal and some other leaders have publicly criticized the party leadership.

Khurshid told the media that the party leadership listens to me. I have been given a chance, (people criticizing in the media) they have been given a chance. Where did it come from that the party leadership is not listening? Asked about Sibal and another senior leader P. Chidambaram’s comments on the Congress’s poor performance in the Bihar elections, Khurshid said he did not disagree with what he said, but questioned whether going out for it and the media and What is the need to tell the world that we need to do this.

The leadership will review what was wrong: Khurshid
Khurshid, who is permanently invited to the Congress Working Committee, said, every time an analysis is done, there is no quarrel about it. This time too it will be done. All these people are part of the leadership. The leadership will properly review what went wrong, how can we improve. This will happen in general, we do not need to talk about it publicly. Asked whether some leaders are demanding full-time president for the party, Khurshid said that they should come forward and discuss it in the party’s talks. He said, look at our leader and say that you do not look good without the label (president’s post). After this, the leader will decide.

If it is taking time to choose the president, then there will be some reason: Khurshid
He targeted those who raised concerns over Sonia Gandhi being the interim chief for more than a year and asked who decided that a year is too long to be the interim chief. He said that if the process of selection of a new president is taking time, then there will be a reasonable reason behind it. Khurshid said, no one has gone anywhere, all are here. Why is there only one label? Why are you insisting on this? The Bahujan Samaj Party has no president, the Left parties have no president, only the general secretary… Not every party can follow the same model. He said that the party has a president in the form of Sonia Gandhi, even though he is the interim president. This is not beyond the constitution, it is not unreasonable.

Kovid-19 is also taking time: Khurshid
Khurshid said, we are happy that we are working with it. There is no leadership crisis in this. I am saying this with emphasis. He said that the Election Committee is working on the selection of the president, which is taking time due to Kovid-19. Asked whether the Congress stands firmly behind Rahul Gandhi as its leader, Khurshid said, “I think anyone who is not blind is seeing that people are Congress President Soniaji and former president They are fully supporting Rahul Gandhi. He said, if those who question (on leadership) claim themselves to be democratic, then they should show the courtesy to include even those who do not question (on leadership) and within the party we can decide Are they more or we. Our objection is simply that it is happening outside the party.

Should prepare for long struggle instead of shortcut: Khurshid
Khurshid recently said, “If voters are not giving importance to the liberal values ​​that we are protecting, then we should be prepared for a long struggle rather than looking for shortcuts to come to power.” When asked about this statement, Khurshid said that by shortcut he meant to abandon his ideology. He said, why should you leave your ideology. If your ideology is not able to persuade voters to vote for you, you should either close your shop or you should wait. We are persuading voters, this will take time.