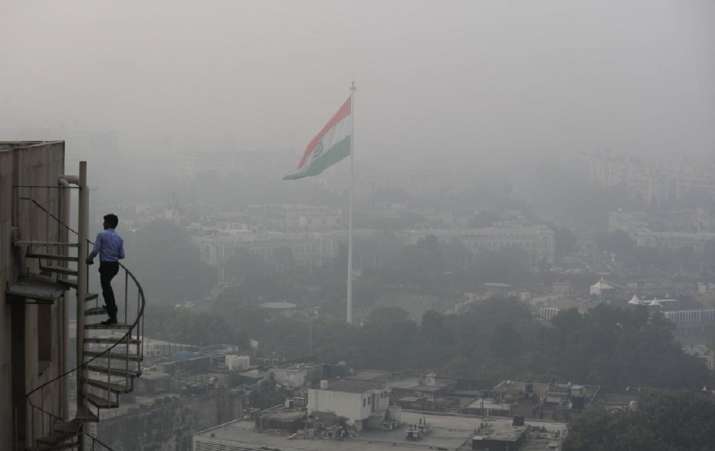 new Delhi. In view of the harmful smog in the national capital, health experts said on Sunday that Delhi-NCR region is seeing an increase in patients with respiratory diseases. Air pollution is an important cause of respiratory diseases, with people experiencing sinusitis, allergic rhinitis, bronchitis, and difficulty breathing, who do not smoke or have a pre-asthmatic condition.

According to experts, air pollution also plays an important role in making kovid infection worse. Dr. Praveen Gupta, Director and Head, Neurology, Fortis Hospital, Gurugram, told IANS, “Pollution has been identified as the leading cause of stroke and heart disease, with up to 25 percent of stroke risk factors or heart disease Increase the risk. “

Smog can also cause eye irritation, fatigue, migraine, headache, anxiety and depression. “It can also spoil the skin, cause allergic disorders and hair problems,” Gupta said. He said that OPD has seen a 25 percent increase in patients with respiratory diseases in the last weeks.

Dr. Puneet Khanna, HOD of HCMCT Manipal Hospitals in Delhi, said that as the winter approaches, the fog increases due to low temperature and slow wind. Khanna reported, “Ground-level ozone O3 and PM2.5 play an important role in the formation of smog. In addition to industrial activities and public transport, winter haze, stubble burning and road dust are majorly responsible for haze.”

The vulnerable group includes newborns and children, pregnant women, the elderly and those already suffering from health problems such as asthma, chronic bronchitis, diabetes, angina and cardiovascular diseases. According to Dr. Khanna, even a slight increase in air pollution causes massive congestion in OPD. He said that during the smog period, these people should avoid intense physical activity, especially in the morning and evening. They must wear the N95 mask.

Dr. Navneet Sood (Pulmonary Consultant) of Dharmasheela Narayan Superspeciality Hospital said that “the apparent impact of wind amidst the Kovid epidemic is causing more problems for people living in Delhi-NCR.” Sood said a comprehensive approach is needed to tackle the problem. Wear a mask whenever you are out of the house, avoid going out in the morning and late in the evening and take all precautions related to Kovid-19.